'Bob Marley and The Golden Age of Reggae' Photo Exhibition Opens In London: Gallery Presents Many Never Before Seen Photos Of Reggae Royalty 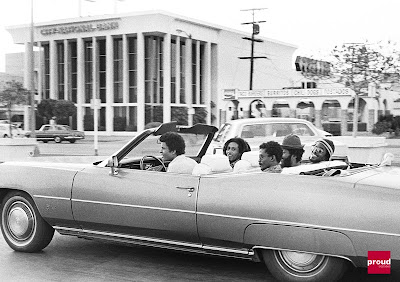 An amazing exhibition of never before seen photographs titled 'Bob Marley & the Golden Age of Reggae' opens today at the Proud Galleries in London and will run from April 7th through May 15th. The exhibition is a stunning visual record of reggae musicians in Jamaica during the mid and late 70's and marks the 30th anniversary of Bob Marley's death this May. That's Marley with his manager Don Taylor behind the wheel and band members Carly Barrett, Seeco, and Aston Barret in the backseat on their way to CBS Studios in Los Angeles in 1975.

The exhibition pulls together a series of candid and intimate photos taken by renowned underground photo-journalist Kim Gottlieb-Walker during 1975 and 1976 (she is married to Jeff Walker who was Head of Publicity at Island Records at the time). During two years of regular trips to Jamaica and exclusive meetings in Los Angeles, Gottlieb-Walker was commissioned to take publicity photos for the record label but ended up capturing hundreds of iconic photographs of many of the the artists who would go on to define the era including Peter Tosh, Bunny Wailer, Toots Hibbert, Burning Spear, Lee “Scratch” Perry and Bob Marley. 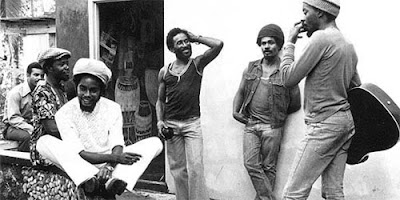 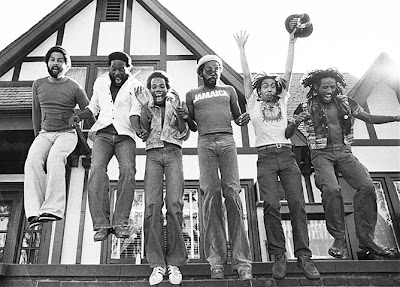 Third World in Hollywood - 1976
The exhibition is launched in conjunction with the release of Gottlieb-Walker's book, Bob Marley & The Golden Age of Reggae, published by Titan Books and in collaboration with Island Records who just released Marley's last ever recorded concert, 'Live Forever' in late March. The book features a foreword from Hollywood filmmaker and former Rolling Stone journalist Cameron Crowe, and includes commentary from Jeff Walker, and founding editor of The Beat magazine, Roger Steffens.

A visit to the exhibition is a great day trip for anyone planning to be in London later this month for the London International Ska Festival. The gallery is open:

Thanks, Marco!
(Just a small correction: Don Taylor was not an actor, but Bob's manager.)
One Love,
Kim Gottlieb-Walker
www.Lenswoman.com

Thanks so much for reading and commenting KIm! I'm honored! Your photos are amazing! I made the change in the post.