A Musical Tribute To Eddy Grant: The Songwriter Behind 'Rough Rider' And 'Police On My Back' 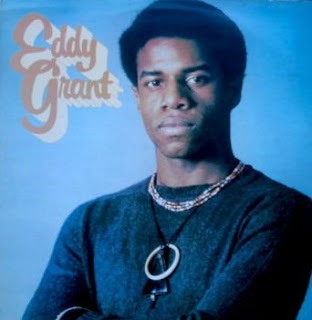 Eddy Grant is a musical hero of mine.  As a young music fan, I was first introduced to him when I picked up a copy of his excellent solo album 'Walking On Sunshine' in the early 80's featuring the upbeat funky electro dub title track 'Walking On Sunshine' that was later covered by Rocker's Revenge (a studio creation of noted New York dance producer Arthur Baker of Streetwise Records) and became much bigger and more popular than the original.  I also had the opportunity to see Grant perform live in London in the mid-80's and he put on a fantastic show. Later as I dug into his back catalog I soon learned there was so much more to the man who may be best remembered for famously stepping off his sofa into a pool of water in the 'Electric Avenue' video.

Grant is a pioneer and trailblazer who has left his mark on ska, reggae, calypso, rock and pop music and perhaps more than anyone else deserves credit for merging and combining the best of Black and White music beginning in the mid-60's all the way through the mid 80's.  Many of Grant's songs, whether bubble gum pop, skin head soul, reggae or garage punk always display a lyrical or musical edge of some kind. What's so impressive to me about Grant is the variety of hats he has worn throughout his long and successful musical career. He's been Eddy the songwriter, Eddy the producer, Eddy the singer, Eddy the studio musician, Eddy the studio owner, and even Eddy the indie-label president.

While you may be very familiar with Grant's hits from the 80's like 'Electric Avenue' and 'Romancing The Stone' did you know Grant was the song writer behind a number of iconic ska and reggae tracks? Grant penned Prince Busters rocksteady classic 'Rough Rider' and The Clash's popular rock anthem 'Police On My Back'. That's not to mention the many other genre breaking songs he wrote with The Equals including 'Baby Come Back' 'Black Skinned Blue Eyed Boys' and as a solo artist including 'Hello Africa', and 'Living On The Frontline'. 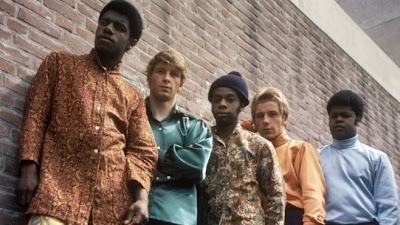 Blazing out of London in the mid 60's Grant help to found The Equals who mixed up fuzzy garage pop rock with healthy helpings of soul and proto-ska and reggae.  The band also made pop culture history by being one of the very first multi-racial bands creating the rough template for 2-Tone bands some ten years later. Signed to the independent label President Records, Grant was asked to work with label mates  The Pyramids -- later to become Symarip -- who had backed Prince Buster on his recent U.K. tour. Besides composing songs for the band (and one for Prince Buster himself, the rude classic 'Rough Rider' later covered by The English Beat), Grant also wrote and produced The Pyramids debut single and sole U.K. skinhead reggae hit, 'Train to Rainbow City.' According to an interview Grant did with the Miami New Times in 1994,


"By the time I started playing pop music with the Equals, I had been experimenting with different ethnic forms for a while," Grant recalls. "One of them was ska -- most people don't know that I made the first successful British ska record, 'Train Tour to Rainbow City,' which went to number 31 [on the British pop charts] in 1966. I was the first to add strings to reggae music, also in 1966. The great Prince Buster copied two of my songs -- he tried to steal them, but the law stopped him and he eventually gave me credit -- 'Train Tour to Rainbow City,' which he called 'Train Toward the Girls Town,' and 'Rough Rider,' which was covered by the English Beat. And they credited Buster for it!"

Have a listen to The Pyramids version of 'Train Tour To Rainbow City' followed by the Prince Buster version below.

Below is Prince Buster's version of Grant's 'Rough Rider' as well a live version recorded by The English Beat from the 1981 film 'Dance Craze':

'Police On My Back' may be one of the Equals (and Grant's) best songs. Starting with a scene-setting guitar siren, it tells a classic tale of teen waywardness.  The subject matter also shows the influence of Jamaican Rude Boy culture on Grant which he mashed up in psychedelic garage rock package -- its almost punk ska! The outlaw theme of the song clearly appealed to The Clash, who covered it on their 1980 release 'Sandinista!'. As recorded by The Clash, the song sounds very much like a Mick Jones original (and Jones sings lead) demonstrating a stylistic continuation of 'London Calling’s' 'Train In Vain.'  Grant later quit The Equals in the early ‘70s, and eventually achieved massive solo success in the 80's. There’s a nice symmetry in that: you could argue that those pop hits were made possible—at least a little—by The Clash’s efforts at combining reggae and punk, which in turn were inspired—at least a little—by The Equals.

Great post! Funny how little The Clash had to change "Police on My Back" (always knew that it was an Eddy Grant tune, but never had actually heard it before).

It was fantastic how "Electric Avenue" was such a massive hit in the US in the early 80s. It was on MTV, alternative radio, mainstream radio, my Walkman, you name it.

I still like 'Electric Avenue'! I was actually very surprised to learn that Grant wrote 'Rough Rider'! I had no idea!

I recently picked up a 45 of "Electric Avenue" to play when I wear my DJ hat...