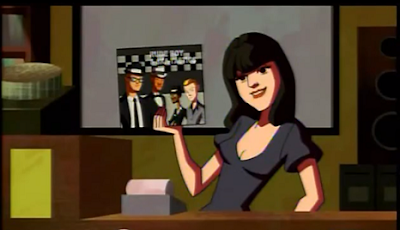 The episode titled "Dance Of The Undead," features a zombie ska group called Rude Boy and the  Ska-Tastics (see picture above) who come back to life in order to turn people into zombies and make them dance to ska music forever!  Even better, Dave Wakeling and his California-based version of the English Beat band recorded two new songs that feature prominently in the episode.

According to an interview Wakeling conducted with the San Francisco Examiner early last year, the tunes, will feature in a ghoulish battle-of-the-bands episode pitting Rude Boy and The Ska-Tastics versus recurring Scooby Doo musical combo the Hex Girls.


“This was my first opportunity to do anything for television as a gun for hire, and I actually managed to record and mix two songs in 12 hours. It was like running at double speed with no brakes, but it was exciting, and Warner Bros. really loved them. So the zombies have a song called ‘You’re Dead Right, Mate,’ and the Hex Girls have one called ‘We’re the Good Bad Girls,’ which has a definite Ramones-Runaways vibe to it,” says Wakeling. “But frankly, I’m really happy I did it, because I’ve always loved ‘Scooby-Doo."

Below is a picture of Rude Boy who definitely has a zombie meets 2-Tone circa 1979-80 look. 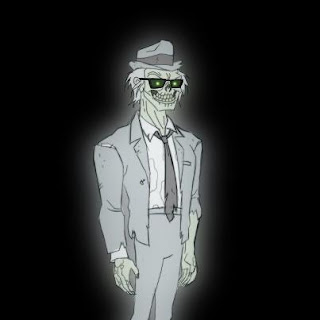 Don't forget to set those DVR's to record the episode which airs on the Cartoon Network at 5 pm on March 26th!
Posted by Marco On The Bass at 3:05 PM

Not long ago, I've seen a Velvet Underground like band, with even an Andy Warhol look alike around, in this show. Who's behind Scooby Doo these days?!

This is part of the problem with ska, it has been turned into "children's music" or circus-music and is only seen now in advertisements for children's toys or foods and/or in cartoons!! Kinda sad really. Of course folks will trash my comment but where else do you hear the music?

Warped I guess, though it's not a predominant genre there.

I caught this episode! Honestly, it was really funny. The best moment was when Fred rattled off a long, fairly in-depth description of what ska music is in one breath. I think while it could be taken as a cheap shot as ska, there was some love for the genre from the writers. My big question, is what inspired this episode? Did a writer for the show hear the specials were touring and say "Ska is back from the dead?"

It was amazing!
The music in this show is brilliant!