Listen To The Original Demo For "Holiday Fortnight" From "More Specials" 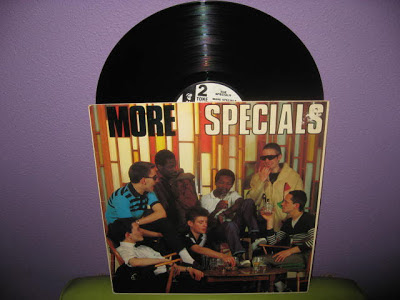 With The Specials upcoming 2013 U.S. tour kicking off in less than a month in Chicago, fans are eagerly anticipating which songs they can expect to hear the band perform. While all the classics are likely to be in the set, the band have been including a few tracks from their second album, More Specials.  To that end, I wanted to share a bit of rare band history about a song from the album.

Did you know that the instrumental track Holiday Fortnight (a unique rockabilly ska song with Mexican-style brass and a cracking solo from Rico Rodriguez) was originally titled Why Argue With Fate? The song was written by band guitarist Roddy Byers about a conversation he had with his Father when he was much younger about his poor school performance and his Father's belief that he would amount to nothing if he didn't apply himself.

However, due to internal band politics at the time, the track was instead recorded as an instrumental and given a new title.  A few years ago Byers, stumbled upon a demo recording of the original track in his attic and he recently released it with the original guide vocals, which he had recorded for Terry Hall but that were never used. Have a listen to both tracks below.