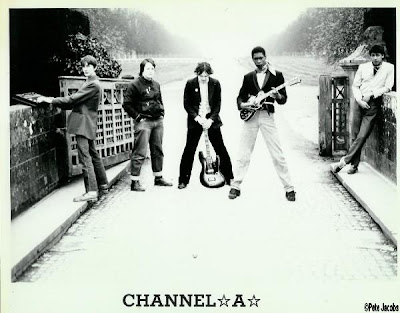 I've previously written about the important role that Stan Campbell played in the history of 2-Tone and his sad demise later on. As the voice of 'Nelson Mandela' and other songs from The Special AKA album 'In The Studio" he inhabits a strange nether world. His voice is forever linked to one of the greatest political protest songs of the late 20th century, but he remains a true enigma who never had a chance to make the most of his talent or his gifted voice. Here is very rare studio footage of Campbell and the band rehearsing 'Nelson Mandela'. Its over 8 minutes long and you finally get a sense of what Campbell's voice was like live.
Campbell's star blazed quickly and very briefly and he never actually performed live with The Special AKA, who true to their one and only album title never left the studio. Nevertheless, interest in him remains strong particularly in the one out-of-print self-titled solo album he recorded at UB40's DEP Studio in Birmingham with local musicians which was released after his stint with Dammers and Co. Have a look and listen to the single 'Years Go By' to get a sense of what might have been if destiny had been kinder.
But what about before The Special AKA and a solo career? I only recently learned that Campbell had a musical career going before he was plucked from obscurity by Jerry Dammers to fill Terry Hall's shoes. In fact, it must have been easy for Dammers, because Campbell was performing in an early 80's Coventry-based ska band called Channel A. 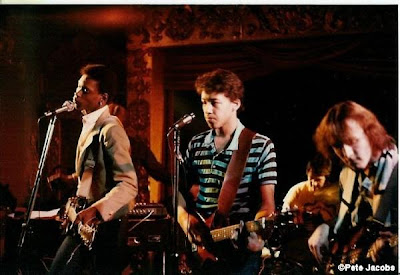 Not much is known about Channel A, but recently their co-founders Peter Jacobs and Martin Gardner posted promo and live pictures of the band performing and demo tracks the band recorded on a My Space page. The bands songs are notable for their moody keyboards and crisp bass playing and sound at times like The Police, but the stand-out is Campbell's voice and you get a sense that Dammers must have realized he had a diamond in the rough with him when he heard them perform. You can listen to the four songs on the music player I attached below.
Posted by Marco On The Bass at 3:09 PM

Great Post. I was doing some research about the enigma which is Stan Campbell for a post I was doing and whadda ya know, your website is one of the first things that popped up in google. I found Stan's solo album recently in a dollar bin at my local record shop.

Thanks for the comment Matt C! Stan's solo album has some great songs and some have said his version of Crawfish is better than the one Elvis did!

Stan's version is great, and I knew Stan really well, however better than Elvis?

Come on guys, get real!!