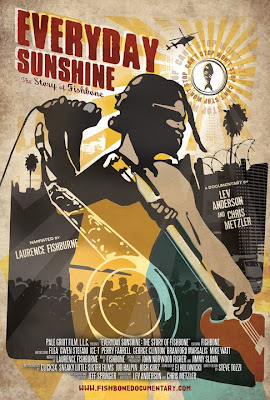 The Fishbone documentary 'Everyday Sunshine' will finally be screened in New York City on Friday October 22nd as part of the CMJ Music Marathon & Film Festival. Even better is news that the band plan to perform live following the screening at Le Poisson Rouge on Bleeker Street in the heart of Greenwich Village.

Read more about the documentary and Metzler and Anderson from an interview they conducted with me earlier this summer.

Have a look at a trailer for the film on the Facebook page for the documentary.

Details below on the screening and show: