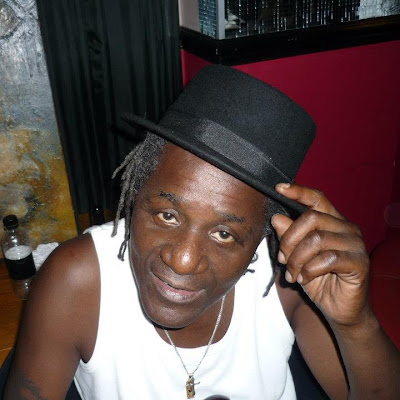 Neville Staple, co-vocalist of The Specials has announced via his Facebook page that he will not be joining the rest of the band during their May 2013 U.K. tour dates.  Fans noticed and commented on Staple's absence during The Specials recent live performance on BB6, and the news comes after tickets for the bands shows across the U.K. had already gone on sale.   Whether or not the decision is permanent remains unclear, though UK media have reported that Staple's has quit the band. Here is Staple's statement.


To all the fans who have sent messages and posted stuff on facebook and on the Specials forum pages, I'm sorry to hear that some of you are upset that you bought tickets, before knowing I had decided to not perform with the Specials for BBC and the forthcoming tour.

I made my mind up some weeks ago to take a back seat and was under the impression that tickets wouldn't go on sale until after the BBC performance, when my decision would be made public. However, the ticket link went out earlier and this was out of my control.

I can't jump around like I used to but will be performing now and throughout 2013, with my band as before and hope to see many of you along the way. Please join my facebook page for all ticket updates.

The announcement adds to the drama that has stirred up fans of The Specials since the first reunion shows were announced in 2009 without the participation of band founder Jerry Dammers.  More recently guitarist Roddy Byers flirted with the idea of quiting, but quickly changed his mind.  Staple has suffered from poor health in recent years which lends credence to his decision, however the fact that he intends to continue performing with his solo band suggests there may be more going on behind the scenes than meets the eye.

While fans have debated whether the decision to sell tickets before Staple's announcement was deliberate, the band's management have offered a refund to anyone wanting to cancel their 2013 U.K. tour tickets.
Posted by Marco On The Bass at 11:04 AM