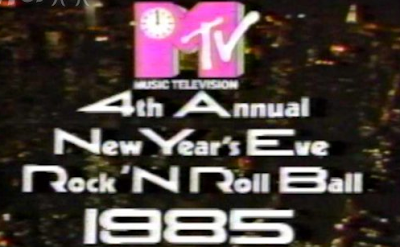 Happy New Year to all MOTB readers! To ring in 2013, I look back to a memorable musical New Year for me when I tuned in to see both UB40 and General Public perform during the 4th annual MTV New Years Rock 'N Roll Ball broadcast on December 31, 1984.

I was in a complete state of shock the entire broadcast as I patiently waited through performances by Joan Jett, Frankie Goes To Hollywood and John Cafferty before watching both bands perform live on American TV.  It really was a defining moment for those here in the U.S. who had followed UB40 and The Beat (before they had broken up the year before) from afar to finally see them live.

I remember staying up late to see UB40, who played songs from the "Geoffrey Morgan" LP and General Public who had just released "All The Rage" in the U.S. and were having chart success with their first single "Tenderness."

So without further ado, I present General Public performing their eponymous song before an enthusiastic crowd in Los Angeles.