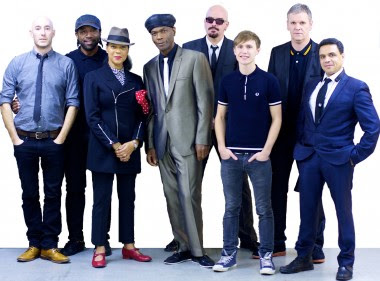 More exciting news for American ska fans! Pauline Black, lead vocalist of The Selecter has announced via her Facebook page that the band will embark on their first U.S. tour in a decade! And if that wasn't exciting enough, the band will be joined by Lee "Scratch" Perry on four of the dates!


FOR ALL AMERICAN FANS OF THE SELECTER: I am very proud to announce that The Selecter will be playing Coachella Festival in Indio, CA on Saturdays April 13th & 20th in USA!!! this will be part of an eight show tour, dates to be announced very, very soon.

The U.S. tour dates are sandwiched in between the band's Coachella Festival dates including stops in Las Vegas, San Francisco and Sacramento:

Before heading across the pond this spring, The Selecter are gearing up to release a new 10 track album titled "String Theory" and will kick off a 20 date UK 'String Theory Tour 2013' that runs from February 28th through March 31st with special guests, premiere Bristol reggae band Talisman.

I still have my fingers crossed that The Selecter might include an East Coast stop or two on this tour as well. Keep your eyes open for that!
Posted by Marco On The Bass at 4:20 PM