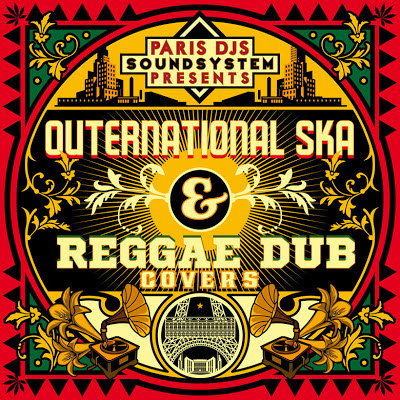 As the late, great John Peel once said, "I know loads of cover versions that are regarded as being better than the original."  Its a sentiment that I ascribe to whole heartedly, and one that the always excellent Paris DJs collective has dedicated their time and passion to celebrating.

Who is Paris DJs you ask?

For the last seven years Paris DJs have consistently distributed some of the very best musical podcasts anywhere in the world.  As a New Year's present to all their listeners, they have just distributed their final podcast mix, which just happens to be a fantastic (and free!) diverse mix of ska and reggae covers of songs by Nirvana (Little Roy), Cher (Bang Bang Rock Steady), Nu Shooz (Analog Players Society), Diana Ross (Eva Smart), Jimmy Cliff (Madness) and Sceamin' Jay Hawkins (The Ska Vengers) among others. Go here to download the mix.

I'm in love with the Brooklyn-based Analog Players Society take on the 80's dance cut "I Can't Wait" by Nu Shooz.