New Free Digital Album from The Expanders: "Old Time Something Come Back Again" 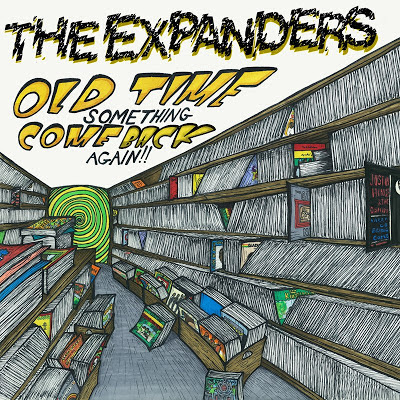 To celebrate the New Year, SoCal reggae giants The Expanders have released a fantastic free studio album worth of old-school Jamaican tunes titled "Old Time Something Come Back Again" that they have performed over the years. The band pay homage to traditional “rockers” style reggae from the 1970's and they have dedicated the project to Leonard "The Ethiopian" Dillon and all the Jamaican Singers and Players who provided the inspiration. For your free download of these songs, go here.

Taking their name from classic reggae studio bands like The Observers, The Aggrovators and The Upsetters, The Expanders aim to carry on the tradition of Los Angeles reggae/ska bands who strive for a vintage JA-style sound. While other L.A. bands like Hepcat or The Aggrolites specialize in “ska/rocksteady” and “skinhead” reggae respectively, The Expanders focus more on “country roots,” which is the kind of reggae that was played by Jamaican groups like The Ethiopians and The Mighty Diamonds, as well as on early 80’s rub-a-dub styles like that of The Roots Radics.

Check out the band's inspired take on Peter Tosh's "Cant Blame The Youth".