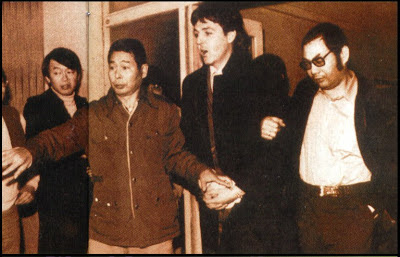 On January 16, 1980, Japanese customs officials found 7.7 ounces of marijuana in Paul McCartney's luggage as he entered the country, resulting in a 10-day stay in a Tokyo prison and the cancellation of the Wings tour of Japan. After being released, he was told never to return to the country.

One of the more interesting highlights of the whole ordeal came when the slightly eccentric but iconic reggae legend Lee "Scratch" Perry — sent a message to Tokyo's Minister of Justice in an effort lend his support to McCartney and make a case for the many benefits of the collie weed. His entertaining plea can be enjoyed below. 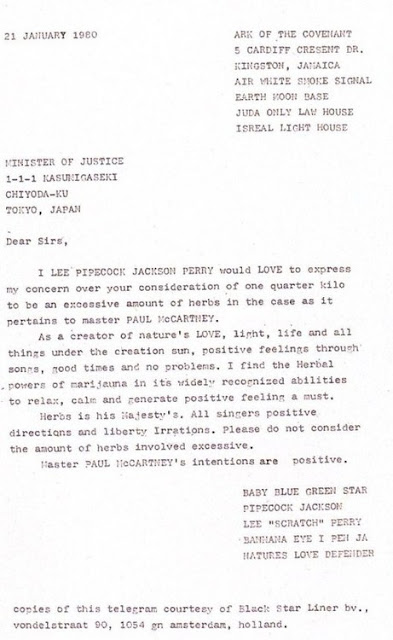 The backing band included McCartney on organ along with members of the Black Ark studio band including Billy Gardner on rhythm guitar, Boris Gardner on bass, Mike "Boo" Richards on drums and Winston Wright on keyboards.

I went to see Lee Perry playing in Bristol a year or so back and was amazed that during some other acts, he ended up standing next to me. With other people seemingly afraid to approach him, I considered that I simply must say something to the man and remembered having read a few days earlier about his letter on behalf of McCartney. I told him it was a very sweet thing and he said 'Oh him a holy man. Paul a holy man'.