Headline: "Don't Knock The Baldhead" - Another overlooked band of the 2-Tone era 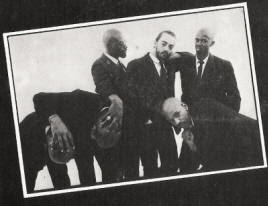 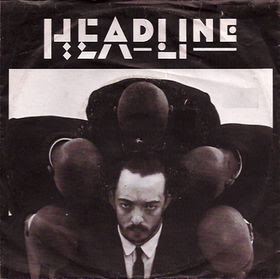 Is this where Buster Bloodvessel nicked the Don't Knock the Baldhead phrase or is it the other way around? Just wondering.

Oops. Ignore my earlier comment. I read the article a little more closely and my question was answered. Thanks.

BAD Manners Give Headline a mention on the back of their 2nd LP Loonee Tunes that's how I first got to hear about them. I have a copy of Headline's LP and I am looking for a copy on Cassette if one was Released because the Vinyl I have is not in Bad condition.

Glad you found my Headline feature. Thank you also for the big-up for www.strangled.co.uk. We got a new JJ Burnel interview in the pipeline, as a bassist yourself, you no doubt know of the man, the myth, the maninblack!

Just reading one or two of your other blogs - the one about Black Slate is great. I actually lived in the same apprtment block as the drummer. Must have been 1984-86. Nice chap indeed.

speaking as the only White guy in the band, think its about time Headline put some more tunes together. Dont you??
Kev Munds.

I saw Headline at (I'm not sure, it could have been The Rainbow?" where they supported the Stranglers. We booed them for the first couple of minutes as was the tradition at Strangers gigs, but then we all got into their music! After their set, we didn't want to let them go! A really amazing band, and one i'd watch tomorrow. Don't knock the bald head!!! Jon S.

Yup - also saw Headline supporting the Stranglers at either Blackburn King Georges Hall or Manchester Apollo. The former I think.

The thing is, Don't Knock the Baldhead has been banging around in my head for over 30 years. I never associated it with Bad Manners; I wasn't a fan of Bad Manners and only found out today that they'd covered it. I was curious about Headline but could not for the life of me remember the name. I remember them being thought of as very, very good and an unusual choice of support band.