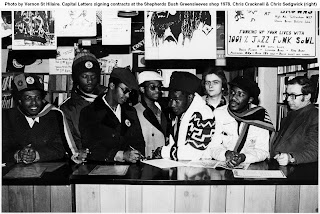 Capital Letters were one of the main players in the distinctive homegrown British roots reggae scene that emerged in the late 70's and were the first group to be signed to the Greensleeves label. Along with groups like Matumbi, Aswad, Black Roots and Steel Pulse, Capital Letters managed to break down many of the prejudices that reggae music could only be made in Jamaica, when authentic roots music was emerging from all corners of the UK, in this case Wolverhampton in the West Midlands, a stone's throw from where Steel Pulse's Handsworth Revolution was taking place.
Their single "Smoking My Ganja" blew the woofers out of UK soundsystems throughout '78, and propelled them into the studio to record a full-length. The resulting LP, Headline News, was one of the critically acclaimed reggae records of 1979 with its finely balanced blend of African, Jamaican, and English influences and songs that covered topics ranging from religion to marijuana legalization to the bloody reign of Idi Amin. Jerry Dammers of The Specials has been quoted as saying that hearing "Smoking My Ganja" convinced him that the Specials mix of punk and reggae would work.
Their original album "Headline News", also contains the full length 12" mixes of `UK Skanking', `Smoking My Ganja' and `Natty Walk'. The band also released the highly sought-after `Bread and Water' 7" EP, a ska-flavored quartet of tracks, which was released in 1980 - a nod to the 2-Tone scene that was taking place in the UK at the time. Capital Letters were big favorites of John Peel and recorded a session which was broadcast in January 1980. Peel championed Capital Letters and for a time played a track from `Headline News" on every show over a period in 1979. As a result, `Smoking My Ganja', `Run Run Run' and `President Amin', were hits in France, Spain and Holland.
Word is that the band has reformed and plans to tour. They will play at the Birmingham Arts Fest Saturday September 13 on the Arcadian Stage.
Here is a video of their biggest hit "Smoke My Ganja" 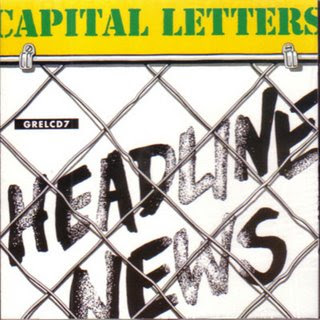 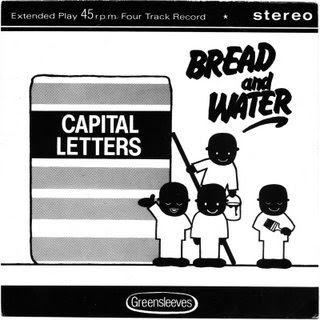 You're on the blogroll at:

thx for your blog!
bless

I was given a 12" copy of smoking my ganja when i was a young girl of 13 back in 1979. It was given to me by a guy named Wenty he worked with my Dad at Lionweld in Chapel Ash Wolverhampton. Not sure if Wenty was part of Capital Letters or just friends of the band? I used to love to play this record even though I didn't understand the full extent of it at the time. Unfortunately my cherished copy got mislaid somewhere along the way of getting married and moving house several times! I often wondered what became of Wenty and the band!