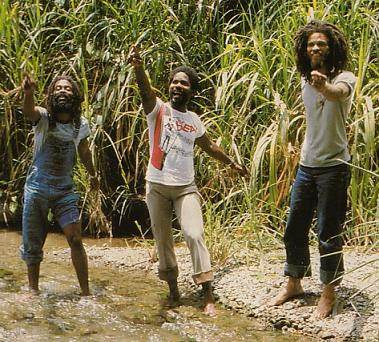 I'm a huge fan of The Beat's second album. The simmering rhythms of the Beat’s first album that had help to define the 2-Tone sound had slowed and settled into a reggae and dub pulse by the time of 1981’s "Wha’appen". The band was experimenting with new sounds and had embraced the burgeoning reggae soundtrack they heard all over the UK. Indeed, reggae singer Cedric Myton of the Congos lent his amazing falsetto in support of the loping lovers’ rock of "Doors Of Your Heart".

The story about how Myton came to work with The Beat is another one of the interesting intersections of 2-Tone and the artists who had come before them. Though The Congos (Myton and Congo Roy Ashanti) made only one album together, "The Heart of The Congos" recorded in 1977 is considered among the greatest in reggae history. Myton's angelic falsetto, Roy's vibrant tenor, and Lee Perry's insane, towering production (is that the "Reggae Cow" I hear?) join together to produce an epic work. Unfortunately, Island label head Chris Blackwell who was distributing Perry's Black Ark imprint remained oblivious to the album and the band fell out with Perry over sales, royalties and payments. Three years went by and the album appeared doomed for obscurity.

Enter The Beat. The band (Andy Cox and David Steele in particular) were big fans of The Congos and decided to pick the LP up for release on their fledgling Go Feet label. Formed by the Beat in 1980, the Go Feet label would end up releasing eighteen 7-inch singles, eleven 12-inch singles, and 6 LPs in its three year lifespan. These releases would go on to become highly significant in the worlds of ska, reggae, and pop. 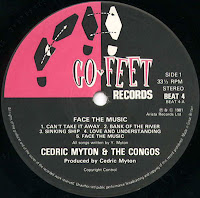 The Beat established their own label to shield themselves from the many negative aspects of dealing with corporate record labels. In this way, the band was given more creativity to record the music as they wanted as well as to expose bands that the major labels would not take a chance on. Dave Wakeling describes the band’s inspiration for forming the label: as coming from “the Specials’ notion of Two Tone. We were quite impressed that it appeared that they had signed with a record label that could get them on the radio and that they had control of them.” However, the Beat soon discovered, the benefits of such agreements were short-lived. They still faced great pressure to deliver hits as well as creative interference from the record executives. Arista’s promotion men had quotas to meet when they ventured out to the radio stations with their stack of records. These men gave men priority to established names that were easier to persuade the stations to play. Boutique labels, like such as Go Feet, would be placed on the bottom of the stack with far less emphasis placed on securing air time for them.

After having recorded three LPs with his Congos, Myton then agreed to record a fourth to be released on the Go Feet label. "Face The Music" (1981) would not rise to the status of the "Heart Of The Congos", but remains a great recording in its own right. The notable inclusion of Rico and Dick Cuthell - best known for their role as the Specials' horn section - makes this of interest to fans of 2-Tone. Cedric Myton's Congos would go on to outlive the Go Feet label. Both he and Johnson have released many recordings since and continue to perform to do this day.

Here is the tracklisting for "Face The Music: