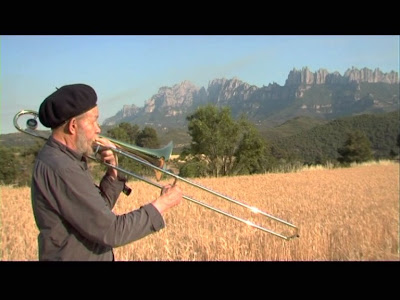 If I could have learned to play another instrument it would have been the trombone (Marco On The Trombone has a nice ring to it..). My love of ska, reggae, salsa and soul music has a lot to do with the fact that these musical genres make horns and horn line melodies such an integral part of the overall sound.

As I became a student of ska and reggae music, I was invariably drawn back to learn more about the musicians who were responsible for its growth and development. One, who has played a role in all 3 waves of ska as well as reggae and dub is Rico Rodriguez. My first introduction to him was through his work with The Specials, but I soon found out the he, along with Don Drummond were among the best trombone players in Jamaica and the world and were among a select core of musicians who played in The Skatalites and the many bands that sprang from them.

I have always felt that Rico deserved more credit for his contributions to the growth and popularity of ska and reggae. To my happy surprise, I recently learned that Barcelona-based musician and filmaker Jep Jorba has produced a documentary called "The Legacy - The Rico Rodriguez Story". 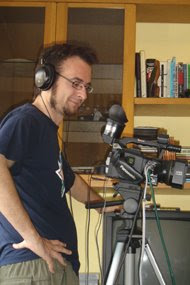 The 24-minute film by Jorba begins with Rico being interviewed. He discussed his country life in Jamaica and about moving to Kingston and how rough and violent life was there. His first trombone came from friend Willy D. as he later says "I didn't pick the Trombone, the trombone pick me". He recalls his first record with Derrick Herriot and the Jiving Juniors called "Over The River," then his 2nd with Laurel Aitken, "What You Gonna Do In Judgement Day". His 3rd record had more success, a song called "Easy Snappin" which most reggae fans are familiar with. He worked on songs which were played by sound systems owned by Duke Reid and Coxsone Dodd. Rico goes on to explain how in those days the type of music he was making just didn't get played on radio stations, so the only way the reggae artists got famous back then was by the sound systems playing the music. During the 60's and 70's Rico was a session musician, but in 1976 he made his own album "Man From Wareika." It was after this that he became recognized.

In the documentary he discusses his work with The Specials and recalls how 2 of the band members came knocking his door one day to ask him to join them. He was very weary of joining bands, but he was eventually convinced to work with them. He also relates about is his time at the Alpha Boys School which is where he was taught by Don Drummond, this is where he developed his interest in reggae music and Rastafarianism. After school he used to go with Don Drummond up to Wareika Hill to watch Ernest Ranglin, Roland Alphonso, Tommy McCook and more play.

Here is the trailer for the documentary:


Rico discusses how hard life was in Kingston and how he broke the law to survive, "Suffering has been my constant companion" Rico says. He is very happy to see how much reggae is loved in Europe and how people enjoy his music and he takes pleasure from performing live and watching the fans enjoy his performances. He mentions how back in Jamaica his music is not as popular as it once was. 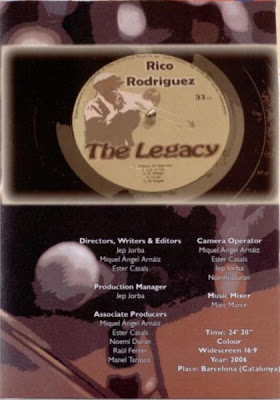 Jorba who also plays trombone in a Barcelona ska band has been kind enough to share a downloadable version of the documentary with me to share with all of you. The link for the download is below. Enjoy the film.

Rico Rodriguez - The Legacy
Posted by Marco On The Bass at 12:28 PM