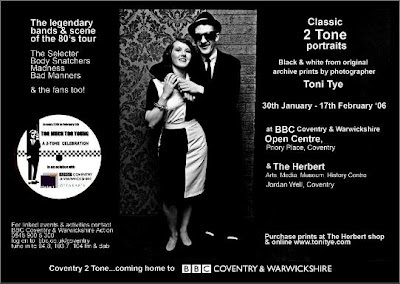 Every key music scene has photographers and photos that capture it's true essence and flavor. Between February and May 1980 Toni Tye took some iconic photographs of the current 2 Tone ska scene, including the bands and their devoted fans, but then they were lost! Luckily for everyone she was able to revive some shots from rough prints and they are now available.

In 1980 while living in The Midlands, Toni Tye was invited to shoot stills (for a proposed book on 2 Tone) at the rehearsals and the gigs being filmed for the film ‘Dance Craze”. She focused mainly on the unique scene, the kids, the skins, the fashions and the bands backstage. The Body Snatchers, The Selecter, Madness & Bad Manners were shot variously on location at Hemel Hempstead, Lewisham Odeon, Electric Ballroom, Wembley, Coventry, Aylesbury, Sunderland and Shepperton between February 28th-May 3rd 1980.
Many believe that Toni Tye's photos of the 2-Tone bands and their fans from that iconic time are the definitive illustration of an era in UK music history. In fact Tye's photos have been exhibited across the UK. Most recently in 2006 and again in 2007 as part of celebrations around the founding of 2-Tone in Coventry and Skinhead Culture in the UK.
Here is an interview with Tye from Blow-Ups, a site that has turned some of her photos into very cool t-shirts:
Who approached you in the first instance to join the tour?
I was introduced to the director Joe Massot by an old friend, Robin Hogarth, who liked my documentary portrait style. He suggested I come along on their shoots for ‘Dance Craze’ & do my thing with the idea we would produce a book of images to go with the film.
How did your approach differ from the other photographers on the 2 Tone tour?
The film crew were shooting the bands’ on stage performances & I mainly turned the camera on the fans...the nutty scene; the fashions, tattoos, skanking….With an all areas pass I also shot backstage/dressing rooms, quieter moments with bands & roadies...I really had no idea who was who.
Do you have a personal favourite image?
Mirror image of Rhoda Daker of Body Snatchers
How did you manage to lose the originals!?
I went to the West Indies for 2 months & left all my negatives & transparencies (dumb) & my choice of prints with the production team to use for publicity & start their work of selection for our book. On return I found the film had premiered (in haste as the scene was moving on) & a very basic fanzine of my pics had been produced. No one could tell me where my originals had gone... supposedly lost at the printers! (right). No royalties paid... I just had a box of my small rough prints left from which all my archive work has been generated.
Which band member was the least camera shy?
Madness collectively posed on every sight of the camera!
Do you have images that didn’t make the final cut?
Alas…hundreds…all lost
What was the atmosphere like backstage between the various bands?
Well, front of stage you’d find bands dancing to each other's sets along with the fans
How would you describe the fans at the gigs?
Mainly very young… school kids at the afternoon gigs with all the gear on…really relating to the speedy energy & the lyrics. Then there were the Skins…mostly cool….some heavy energy & classic fights at later gigs.
Did you dance at the gigs?
Certainly! Who could stand still….
What made the scene unique in your opinion?
This was/is street music….seemed like fans & bands, black & white were in it together.
Are there any current bands or youth movements you would be interested in photographing?
Idea to shoot ‘Women in Ska’….where are they?

Here are just a few of the fantastic pictures on the site. They are available for sale on Toni's site. A great gift idea for the Rude Boy or Girl in your life. Charlie from The Selecter signs autographs for kids 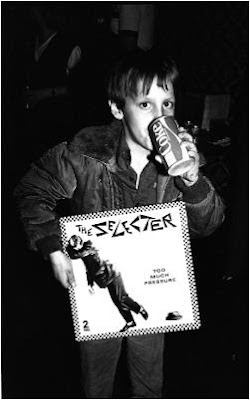 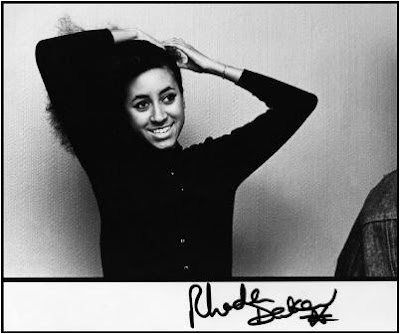 Rhoda from The Bodysnatchers 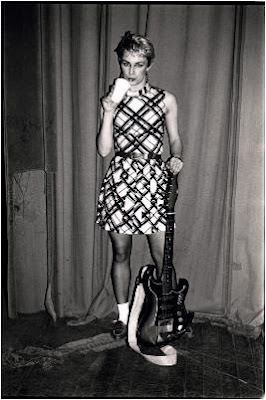 Sara Jane from The Bodysnatchers 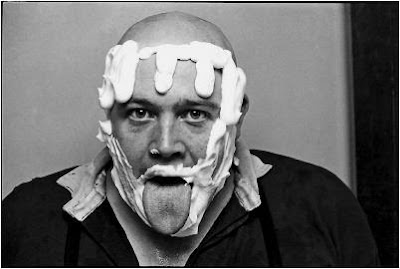 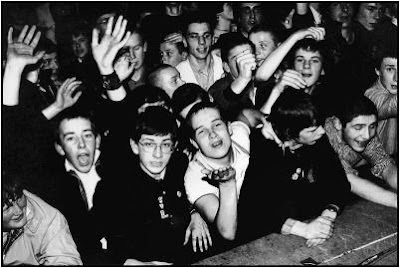 Fans at a show 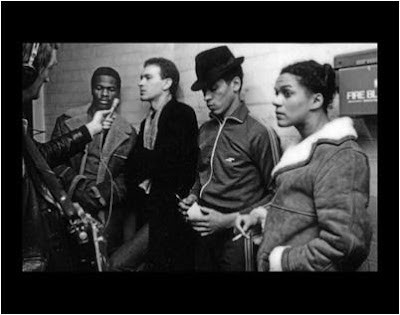 Selecter Interview
Posted by Marco On The Bass at 1:23 PM