The Madness - The post-break-up project 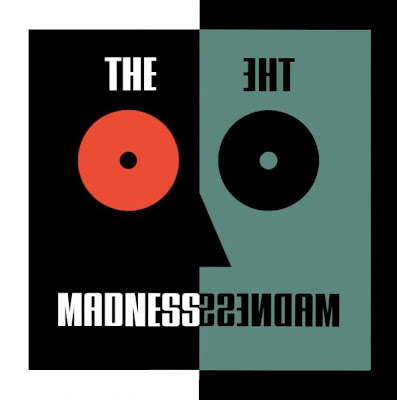 I remember when Madness broke up in 1985. Following on the heels of The Specials, The Beat and The Selecter break-ups it signified the end of an era. I also remember seeing this record in the old Cheap Thrills record store in New Brunswick, NJ when it came out and buying it. It was around the time we were starting Bigger Thomas and I listened to it hoping it would serve as a doorstop (or better yet an opener) back into the 2Tone sound I loved. I was a bit disappointed, but in retrospect this is an interesting piece of music in the long and winding road that is Madness. The post-break project that leads to a reconciliation a few years later. For that its worth a listen.

The Madness is a self-titled album by "The Madness". In 1988, after the breakup of the original Madness, four of the original members (Suggs, Lee Jay Thompson, Chris Foreman and Cathal Smyth) recreated the band, adding "The" to its name. Since the new band did not include a bassist or drummer, guest musicians (mostly Bruce Thomas from Elvis Costello's backing band The Attractions but also Earl Falconer from UB40) played bass, Jerry Dammers and Steve Nieve (also of The Attractions) player piano and keyboards, while a drum machine was used in place of a live drummer on most tracks.
They released only this one album and two singles ("I Pronounce You" and "What's That"), which were less successful than the original band releases, and The Madness disbanded by the end of the year. Madness reformed with its original members for the reunion tour in 1992.
"The Madness" reached # 66 in the UK, while the singles "I Pronounce You" reached # 44 and "What's That" # 92.

Tracks:
Nail Down the Days
What's That
I Pronounce You
Oh
In Wonder
Song in Red
Nightmare Nightmare
Thunder and Lightning
Beat The Bride
Gabriel's Horn
11th Hour
Be Good Boy
Flashings
4 B.F.

Here is the video for I Pronounce You