UB40's Twentyfourseven: The CD and the rehearsals 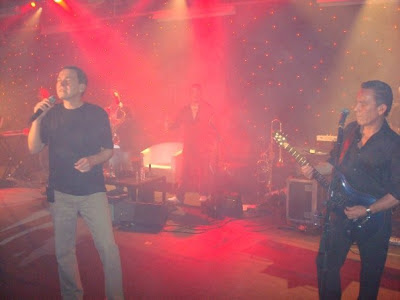 As a quick disclaimer, I am not being paid by UB40 to make all these posts about the band the last few days, and I will be moving on to other bands, songs and 2Tone heroes in upcoming posts.

However I never turn down a challenge. Seek and ye shall find. Without fail the blogosphere has delivered a copy of the new UB40 album that many die hard fans (i.e., Loonies as they call themselves) have been raving over as well as a recoding of the live rehearsals featuring the new version of the band (UB40 2.0 if you will).

As a big fan (diehard would too strong a word) I have always followed the band through the ups and downs of their career. I've found the last few months fascinating and though I've read about the new songs and watched You Tube videos I've really been jonesing to listen to them like the 2 million people in the UK who got free copies of the CD last weekend. This CD contains the songs as sung by Ali Campbell. Apparently the band plans to distribute a 17 song version with these 10 plus 7 new songs sung by new singers Duncan Campbell and Maxi Priest. The rehearsal features Duncan and Maxi. Compare and contrast.

UB40 - The Rehearsal Sessions
Posted by Marco On The Bass at 8:20 PM