BBC Arena Documentary From 1980: "Rudies Come Back Or The Rise And Rise Of 2-Tone" 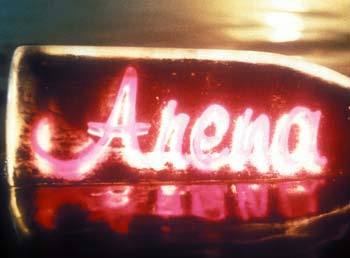 Old and new fans of 2-Tone have spoken longingly of BBC Arena television documentary titled "Rudies Come Back Or The Rise And Rise Of 2-Tone" that aired during the height of 2 Tone. Arena is a British television documentary series, made and broadcast by the BBC. It has run since the October 1, 1975, and over five hundred episodes have been made.
The Arena program is an engaging and humorous profile of The Specials hosted by noted music journalist Adrian Thrills. It was filmed in 1979 and originally aired on the BBC on March 3rd, 1980. It may have been repeated a few times since, but it remains a holy grail of documentary footage of the The Specials and Coventry that captures them and 2-Tone at their peak. One of the highlights for me was seeing Neville in full judges robes on stage during "Stupid Marriage".

Until recently the 35 minute documentary had been very hard to find, but 3 excerpts of the program are now available for viewing on VBOX7, a Russian language version of YouTube. Enjoy!
The Specials on BBC Arena

It's still there, there's a problem with the link.
Search for Specials BBC Arena on the site to find it

This video is absolutely fantastic. I am now pissed at you because I will be foreverly obsessed until I somehow find the full 35 minute version of this documentary.
-Matt C