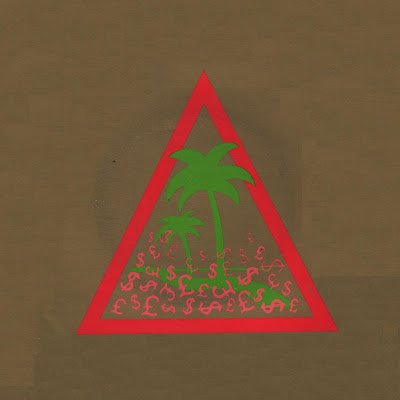 The Members were one of the wittiest and most imaginative bands to emerge from the 1977 punk explosion. Having formed in the sleepy suburbs of Bagshot and Camberley, they were too suburban and too far away geographically from the London scene to take their place alongside such pioneers as The Clash and the Sex Pistols. However like their London brethren in The Clash, Stiff Little Fingers and The Ruts, The Members were one of the first British punk-era bands to fully incorporate reggae into their music. And while the late Seventies contained plenty of shining examples of the punky-reggae party - The Clash covering Junior Murvin's Police And Thieves, The Special AKA launching 2-Tone - The Members were one of the prime movers in the era's cross-cultural mix of reggae and punk.

Much of the reggae influence in the band was due to guitarist Jean-Marie 'JC' Carroll who had been a banker in training when he joined the band. He later penned "Offshore Banking Business" which reached #34 on the UK charts in 1979 and seems incredibly prophetic nearly 30 years later as global financial institutions melt down and go bankrupt. The NME wrote of the band in 1978: “Of the many rock bands co-opting reggae into their act, few do so with as much love and style as the The Members.” JC told the NME, “My rhythm guitar playing is definitely reggae-based. It's not the same as blasting an audience with full-on rock riffs. It gets them moving in a different way. But, having said that, we're trying to play reggae in our own style. We're not singing about Jah Love. We're singing about living in Britain.” With their style built around JC's riffs and frontman Nicky Tesco's reflections on suburbia, The Members were the era's great satirists. They sang not about the 'big issues', but about a series of characters and everyday frustrations that anyone could relate to.

Though fully rooted in punk and rock, The Members abandoned rock completely and gave full vent to their love of reggae on "Offshore Banking Business", a non-album single, featured a loping riff, reggae brass and even a Jamaican-style talk-over section - 'a lesson in home economics' entitled Pennies In The Pound - from Nicky Tesco. The band added a horn section comprised of Rico Rodriguez on trombone and Dick Cuthell on trumpet who were on loan from The Specials to add a full-on reggae feel. Lyrically, the song was also one of the first recorded cases of rock 'n' roll insider trading, with JC using the knowledge garnered working in a bank to fuel a scornful condemnation of global financial corruption.

As JC said: 'We play English rock with a touch of reggae - and we do it so that people can enjoy themselves'.

Below is a video of the 12" mix of "Offshore Banking Business" featuring Rico Rodriguez on Trombone and Dick Cuthell on Trumpet:

Here is a download of the original single of "Offshore Banking Business" b/w "Solitary Confinement":

The Members - Offshore Banking Business 7"
Posted by Marco On The Bass at 7:50 PM