Interview with Charley "Red Dread" Anderson Bassist of The Selecter 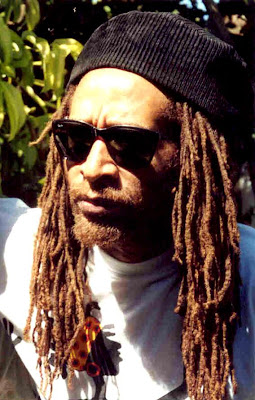 I've been listening to The Selecter a lot recently. In particular their second album "Celebrate The Bullet" which eerily seems to be a commentary on current events here in the U.S. Interestingly, the history of The Selecter is a who's who of Coventry musicians who went on to start The Specials, The Selecter and many other 2-Tone era bands and small record labels which I have tried to write about and honor on this blog.

One of the most interesting things about the origins of The Selecter is that the core of the band all grew together playing in a variety of reggae and soul bands around Coventry. According to Neol Davies' web site, "the seeds of The Selecter were sown along time ago in the early 70's. silverton hutchinson, a childhood friend and later the original drummer for the automatics/specials, invited me to jam with some friends at the holyhead youth facilty in coventry city centre. this was a basement where you could set up amps and drums and then play as loud as you wanted til late. here I met the people who would turn out to be significant throughout my life, they were charles "aitch" bembridge (who played more bass and organ then) arthur "gaps" hendrickson who played guitar (see the picture below which includes future members of The Selecter performing as Chapter 5) desmond brown (the person who taught me how to really play the reggae chip) charley anderson (the dreadlocked bass man) and lynval golding (later to be the specials guitar player)." Members of the band played together in Chapter 5 (a Coventry reggae band) and The Transposed Men (the pre-cursor to The Selecter.) 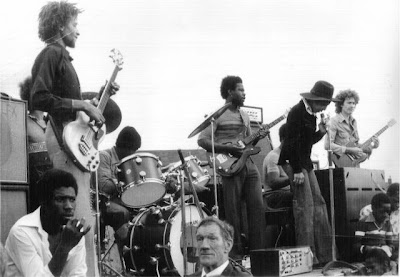 One of the original members was bass player Charley Anderson. He was born in Negril, Jamaica, but moved to Coventry when he was 11 years old. It turns out his brother and Lynval Golding were best friends and often rehearsed downstairs in the Anderson garage. He gained his first stage and music experience by dee-jaying at sound systems in the Coventry area and then started a band with his brother and Golding. Though The Selecter’s success didn’t change his life financially, Charley has been quoted as saying “It was a great mental boost – like graduating with a triple Ph.D. on how to survive in music.” After touring with The Selecter, Charley focused on his own career. He started The People with his ex-Selecter bandmate Desmond Brown and he toured Ireland with The Century Steel Band, and later moved to Mombasa, Kenya where he formed The Vikings Band.

Here is a recent video interview with Charley that includes his memories of playing with The Selecter as well as an update on his current musical project and single "Ghetto Child":

You can learn more about Charley at his MySpace site.
Posted by Marco On The Bass at 3:00 PM