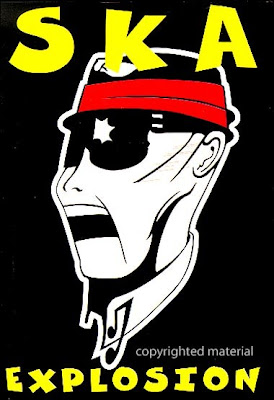 On March 23, 1989 London's world famous Astoria played host to one of the biggest Ska festivals ever staged. The cream of late 80's contemporary British Ska were assembled alongside several veterans of the scene. Much more than a mere revival this was a celebration of the legacy of UK ska and reggae from the 60's through the early 80's.

The show was hosted by the legendary Judge Dread who also performed and according to those who were there the atmosphere was buoyant as one after another of late 80's UK ska bands hopped and bopped around the stage sending the crowd into a frenzy. In addition to Judge Dread, Laurel Aitken was also on hand to add a touch of authenticity to the proceedings with blistering renditions of Sally Brown and Skinhead that hearkened back to his heyday.

The bands included The Skadows (reunited specifically for the show), The Hotknives, The Deltones (formed by members of The Bodysnatchers in 1984), The Loafers (Specials drummer John Bradbury was an early advocate and produced many of their records and after Ska Explosion, Laurel Aitken tapped the Loafers for additional duties as a backing session band), The Potato 5 and Gaz Mayal's ground breaking Trojans who were all the leaders of a late 80's UK ska revival. There was great hope that the show would be a showcase for a new ska generation happy to embrace the music, though this resurgence was eclipsed by the rave scene and dance music that was coming out of Manchester with The Happy Mondays and Stone Roses.

Below is a list of the bands that performed and the songs they played:
The Skadows
Stir It Up
Low Rider

Judge Dread
A Message to You Rudy

Judge Dread
Up With the Cock


Below is very rare live footage of The Skadows from the Ska Explosion festival:

The Skadows - Stir It Up

Here is Brighton ska band The Hotknives performing "Don't Go Away" at the Ska Explosion festival:

I'm at work, so I can't look at my records to be certain, but I'm fairly sure that loads of releases came from this show, many of them still available.

I'm pretty sure that the Loafers album "Skankin' The Place Down" comes from that night, along with the Live EP with Laurel Aitken "Mad About Ska" (which had two songs on each side). The Trojans set was released on video, though I can't recall if it was ever released as an album. They put out videos of the Loafers set (including the songs with Laurel Aitken), the aforementioned Trojans set, and two volumes of the whole night (Ska Explosion #1 & #2). These have since been combined onto one DVD (Ska Explosion) and that is still available for purchase.