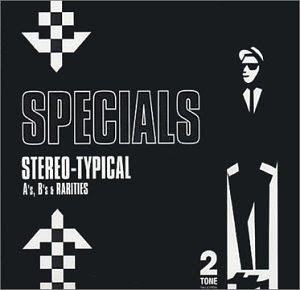 Whether you're new to Ska or a seasoned fan of the Specials, this 3 CD set of 46 songs will be a welcome addition. Unlike so many "out of the vaults" boxed sets we're seeing nowadays, these CDs are not full of stuff that would have been better left forgotten.

The Specials were a band of two halves. The 'classic' Specials were one of the most exciting bands to emerge in the post-punk period. Then they split and Jerry Dammers continued with what was left, his now departed creative rivals replaced by various guests. The first CD covers the 'classic' period and is pretty much flawless. From Gangsters to the import only Concrete Jungle/Raquel they can do no wrong. All the singles (a's b's and a few odds and ends) are here.

The second and third CDs cover the post-split band Special AKA (except for longer versions of Ghost Town and Why?). This version of the band only recorded one album (In The Studio), but left behind many more 'remixes' and 'alternative' versions than the original band. It has to be said, however, that the consistent brilliance that marked the first CD sags a bit here. The distinct identity of the band is also lacking, and at times it's like listening to a various artists collection. There are some classics here ('Nelson Mandela', 'Racist Friend', 'What I Like Most...') as well as the hard to find "Ghost Dance '91" and three attempts to blend Ghost Town with new song 'Let Us Unite' (with a bit of 'Nelson Mandela' thrown in).

Any chance of a re-up for the Special Tracks?
Thanks
Lee