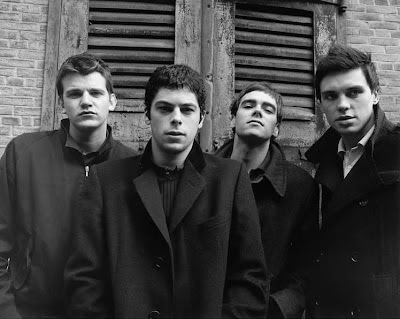 The first time I heard "You're Not The Law" by The Dead 60's, I thought I was listening to an outtake from The Specials first album. Though the group's name could be seen as a statement about wanting to blaze new ground from the music of the 60s, the band certainly wrote songs and adopted a sound on their first album that sought to keep the sound of 70's Coventry, Birmingham and London very much alive. In addition to making an impression with their sound, the band's look drove attention and they were asked to design a limited edition Harrington jacket for Fred Perry. For a good introduction to the band take a listen to a radio interview they did with UK station XFM in late 2004.

Much to my dismay, the band broke up towards the end of last year a few months after releasing their second album titled "Time To Take Sides" which some likened in sound to Madness having eaten The Stone Roses. Along with the Original Boys and all the bands on the Do The Dog label, The Dead 60's helped to re-start a resurgence of ska and ska-influenced music in the UK.


Their self-titled début album was a bouncy, shouty mix of reggae beats, ska and dub, well timed for the mini ska revival that came with the summer of 2005. Proudly wearing the label bestowed by the NME as ‘the 21st century Specials’, the band spent two years touring the US and supported Kasabian, The Stereophonics, Morrissey and Garbage. 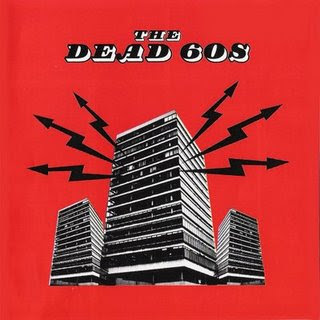 
When you’re done with the straight studio album you’ll want to try the hard to find "Space Invader Dub" version that was distributed free in a limited-edition release in the UK (and as an expensive import in the U.S.). Yes, the dub version, which is done in proper, late-’70s, flying faders, Mad Professor-style. I was always impressed that the band followed in the footsteps of their UK ska/reggae forefathers like The Clash and UB40 and released a dubbed out version of their songs. I give them a lot of credit that they had the confidence in their songs to strip them down to the bone and remix them. 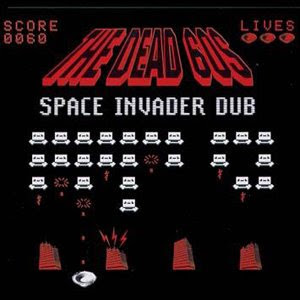 Here is a download for the dub version of the LP that was produced and remixed by Central Nervous System: The Dead 60's - Space Invader Dub The download password is cerumen
Posted by Marco On The Bass at 11:46 AM

i was lucky enough to see them in concert twice. very good live they sound just like the recording. i hope that they will get back together someday.

the files are password protected, what is the code?

Hi soulska. I missed them when they came around NYC a year or so ago. I heard the live shows were better than the recordings.

thanks again marco.the space invaders dub version is brilliant.do you by any chance have the remix of ghostown called ghostdub '91 maybe to post?
cheers

cerumen huh... LOL! what a password. is smegma next. thanks bro!

Please note that the download link no longer works. I didn't host the link so I don't have access to it. Happy hunting!