Eddy Grant Is Back! 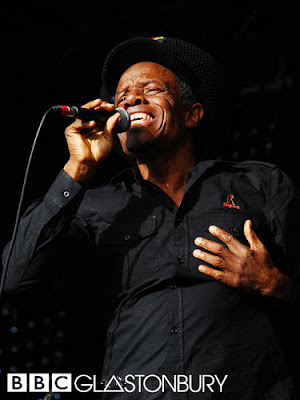 Eddy Grant is one of the most overlooked artists ever. While most Americans fondly remember his Top 10 hit "Electric Avenue" on heavy rotation on MTV in the early 80's or the soundtrack song "Romancing The Stone" he wrote for the same B movie, his career has run the gamut and he remains a draw outside the U.S., particularly in the UK where he lived for a period of time when he played in the The Equals.
I had the good fortune to see Grant play live when I lived in the UK in the mid-80's. He headlined a huge outdoor show on May 31st 1986 put on by the Greater London Council to mark the final hours of local rule in London after the Thatcher government abolished it. The atmosphere was electric and Grant put on a memorable show for the 250,000 who were there that was in line politically with the anti-Thatcher elements of the GLC. In fact, evidence of the power and enduring legacy of Grant’s music is that his songs – once recorded – continue to influence. The anti-apartheid song "Gimme Hope Johanna", for instance, has been heavily rotated on radio in protest in Zimbabwe of late, while The Clash previously featured a cover of Police On My Back for their Sandinista triple-set.
Grant has embarked on a UK tour and reviewers across the UK have been full of praise for his passionate and energetic performances, which are his first in the UK in over 20 years. The NME said he "delighted" a large crowd who showed up early in the afternoon to hear his set at T In The Park, while Seatwave said he "confirmed his current revival." The Manchester Evening News review of his show there on July 10th gave his performance 4 out of 5 stars and said "He is ably assisted in his mission for joviality by a nine-piece band who crams their booming sound into every available cranny of the low-ceilinged space."
Here is Grant's amazing live performance of "Electric Avenue" from the Glastonbury Festival last month:

Here is an interview Grant did in early July following his appearance at Glastonbury that was originally posted on Backstage Pass.

You played at Glastonbury this weekend. How was that?
It was absolutely sublime. It was a beautiful experience. We played on the Jazz stage.

Did you manage to go and see anyone play?
No, no-one. I only managed to meet up with some old friends from years ago. But I didn’t get to see a set because I was signing autographs for people. I didn’t even know who was playing until I got there. What was more important for me though was taking in the environment. It was kept in pristine condition. There was no rubbish – it was nothing that I had expected with regards to the festival. It is like the place that time forgot.

Your career has made a composer, a musician, and a producer out of you.Is there anything left that you want to do?
I just want to keep on making music.

Your CD, ‘The Very Best Of Eddy Grant’ is out now. How do you go about choosing the tracks for a CD like this? There must be so many songs that you want to use.
Yeah, that is the unfortunate thing about it. You must include the major hits and also you have to use music for all the generations or educate them in some way. I have got to the point now where I can take other people’s advice and they let me know what they think.

Which musician has been a sole influence in your life?
First of all, my father, then there is The Mighty Sparrow, Chuck Berry, James Brown and just about every Blues player there has ever been.

Your MySpace tells us of a ‘meticulous method’ of recording. Can you expand on this method for those of us who aren’t technical?
I play all the instruments on my recordings so you have to go about recording it all in a special way. You just end up sitting on more and more music and not knowing when to stop.

Has your method of recording changed over the years?
Well, there are more sophisticated forms of technology, but I have never allowed it to overpower my input.

You have been making music for a long time now. Is there anything contemporary that impresses you?
It’s very difficult because you hear something, and think, well, that’s nice…but then there is no real continuity. There are so many of the older artists out there that are still doing a phenomenal business. It is kind of like cooking and everything else.

You have been all over the world with your music. Which place has been the country to have influenced you most or meant the most to you?
It is very hard – I am a person of the world. I really do believe that I belong all over the world as opposed to any one spot.

There has been a fair amount of illness in your life and you have had to temporarily stop making music. Has there ever been a moment where you thought you might have to stop altogether?
Stop making music? That would be a crime against God.

You have your UK tour lined up – the first in twenty years. How are you feeling about it?
It is an opportunity to get out there and play for some people that brought the records on the past and to go and see some places that I haven’t seen for years.

Have you planned your set list yet?
Well, after we have done the first set, we consistently alternate it because we have so many songs.

What is the most memorable gig that you have ever played?
Well, I would have to say now that it is the Mandela Concert. That will stand out in my memory. This one had such a great significance to it. It was a significant moment in history.

What is the most memorable gig that you have been to as a audience member?
That is quite easy. James Brown, live at the Walthamstow Granada in 1966. Nothing has beaten that since then. 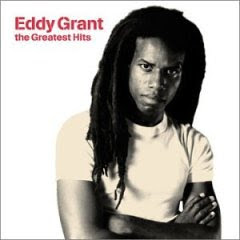 In conjunction with his UK tour, Grant has just re-released a greatest hits package featuring the following songs:
I Don't Wanna Dance
Gimme Hope Joanna
Electric Avenue
Walking On Sunshine
Do You Feel My Love
Symphony For Michael Opus 2
Living On The Frontline
Front Line Symphony
I Cant Get Enough Of You
Neighbour Neighbour
I Love You Yes I Love You
Its Our Time
Romancing The Stone
Till I Cant Take No More
War Party
Say I Love You
Below is a link to a download of the album:
Eddy Grant - The Greatest Hits
(Download password: rayofusion)