Wheels Out of Gear: 2 Tone, The Specials and a World in Flame 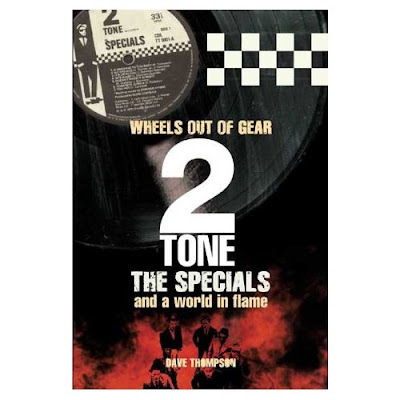 If you are looking for a more detailed history of 2-Tone and The Specials then get your hands on a copy of Wheels Out of Gear: 2 Tone, The Specials and a World in Flame written by Dave Thompson.

The book is a vivid portrait of Margaret Thatcher's Britain at the turn of the decade, when the National Front and the Anti Nazi League regularly fought in the streets, suspects where regularly injured in police custody, Blair Peach (remembered in a song by Linton Kwesi Johnson) died at the hands of Special Patrol Group police officers and rioters set light to the urban ghettos of Brixton, Toxteth and Handsworth. An era when the 2-Tone Sound - good time music with often darkly political lyrics - created the double-edged musical backdrop to cities that were truly becoming Ghost Towns and a world that appeared to be in flame.

The BBCand Uncut magazine gave the book great reviews. You can pick up a paperback copy on Amazon.
Posted by Marco On The Bass at 10:46 PM