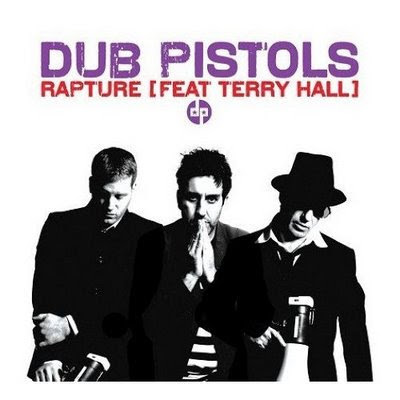 Just trying to keep up with all the appearances that various members of The Specials are making this summer is becoming a full-time job. One longer term collaboration that I have been meaning to post about is Terry Hall and The Dub Pistols. The band who clearly have a 2-Tone jones, mix-up hip-hop, dub, techno, ska and punk and create a futuristic skank that suggests where The Clash and The Specials might have ended up if they stayed together.

The Dub Pistols formed about a decade ago when Barry Ashworth got together with Jason O'Bryan in west London. Finding they shared a love of The Clash, The Specials, and Public Enemy the band launched with a string of "Big Beat" singles and soon landed a million dollar record deal. The Dub Pistols began playing full live band shows and were soon touring the U.S. They had just gotten their second album "Six Million Ways To Live" ready for release in the summer of 2001, but it was canceled because of 9/11. "Six Million Ways To Live" was particularly notable for the single "Problem Is" featuring Terry Hall. Dubbed "the best Specials ska single the Specials never wrote", the track led to Hall becoming an integral part of the band. The album also included the track "Sound Clash" with reggae legend Horace Andy. 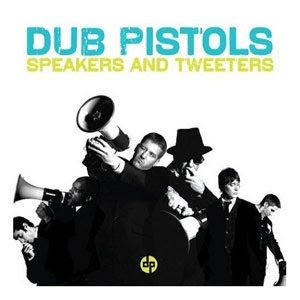 The new album "Speakers And Tweeters" picks up on the Adrian Sherwood post-punk deconstructive fusion of dub and dance, and the Dub Pistols follow a trail blazed by Gary Clail’s Tackhead Sound System over a decade earlier, but with more vivid colours and images. The former Specials front man is prominently featured, most notably on “Gangsters” (an update of his 1979 chart topper); “Running From The Thoughts”; a remake of Blondie's "Rapture" and paired with US rapper T.K. on a tongue-in-cheek version of the Stranglers’ “Peaches”.

Amidst all the will they or won't they hype about The Specials reunion, Hall and Lynval Golding appeared with The Dub Pistols at the Rise Festival in London 2 weeks ago. Live video from that performance is below:


Below is a download of "Speakers And Tweeters" The track listing is:

The Dub Pistols - Speakers And Tweeters
Posted by Marco On The Bass at 8:40 PM