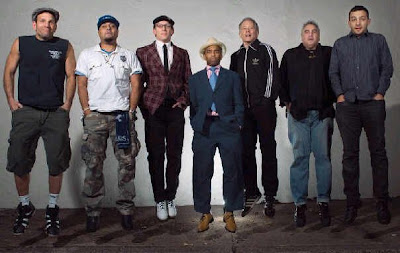 Here is a heads-up to any adventurous music fans looking to venture a little bit outside New York City this weekend to hear ska and reggae music and eat some amazing food. This Friday March 4th,  Hat City Kitchen in Orange, New Jersey is featuring a double-bill of the reggae/hip-hop sounds of Pidgin Droppings and the old school 2-Tone sound of my band Bigger Thomas (who will be joined by special guests Roy Radics of The Rudie Crew and Dave Barry of The Toasters).

This is the first Bigger Thomas show of 2011 in New Jersey, so here's to hoping all you Jersey folks who have trouble getting into New York City will come out and enjoy the food, vibes and music.  Here is a little taste of what you can expect if you do. The song 'I Can't Remember My Name' is on our new CD 'Steal My Sound' which is available as a 'pay-what-you-want' download.