'Jools in Jamaica': Squeeze Keyboardist Captures Reggae In Jamaica Circa 1984 For The Tube 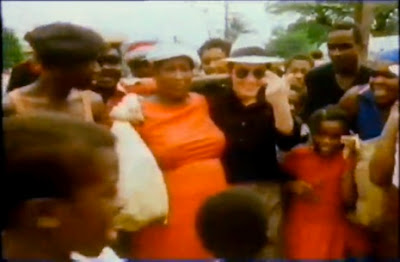 Music shows in the U.K. have always been a world ahead, particularly when compared to late night talk shows here in the U.S. that feature live music. Not since the heyday of Don Kirshner's Rock Concert which aired in the U.S. in the 1970's and early 1980's has there been a television program dedicated solely to introducing and highlighting the latest in music (MTV no longer is a music network).  While its true that late night talk shows in the U.S. like Late Show with David Letterman, Jimmy Kimmel and Conan have always featured musical guests, they are often reacting to prevailing musical trends while music shows in the U.K. have historically made an attempt to be purveyors of culture. 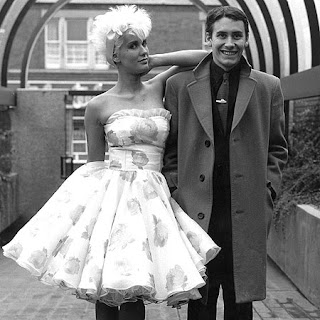 Witness The Tube, which along with the BBC's Old Grey Whistle Test, were U.K. television shows that helped to introduce and popularize hundreds of bands and musical performers who often became household names in the U.K. following their appearances.  The Tube was a Channel 4 music program that aired from 1982 to 1987 which showcased  contemporary bands and musical trends. Broadcast live from a studio in Newcastle and featuring live performances from four bands each show it was counterpoint to shows like Top Of The Pops and others with mimed performances.  Hosted by Jools Holland (fresh out of his first tenure with Squeeze) and Paula Yates among others, the show was edgy and controversial. Holland once used the phrase "be there or be ungroovy fuckers" during a live trailer for the show. The incident caused a scandal and the show was taken off air for three weeks as a result.

The show's format also included a 45 minute magazine segment and it was during the early years of the program in the early 80's that Holland was assigned to cover Jamaica’s burgeoning reggae music scene which was in the grips of dancehall frenzy with performers like Yellowman and Eek-A-Mouse at the top of their game and popularity. Holland arrived in Jamaica to much fanfare and proceeded to take viewers on a wild ride around the island meeting and interviewing Black Uhuru, Sly & Robbie, Dennis Brown and others. In fact his interview with Lee 'Scratch' Perry is one of the most famous the eccentric and brilliant producer has done.

Here is a link to watch the entire 30 minute 'Jools In Jamaica' program originally aired on The Tube in 1984 (UMG in their infinite record company wisdom will only allow it to be watched on YouTube!) .  Below is the clip of the Lee Perry interview from the show and my favorite response from Perry to Holland's question of who he likes: 'Truthful people whether they're﻿ fucking black, yellow, pink or white. Doesn't matter long as they're truthful"

There was a Canadian show (from Toronto) called The New Music that was one for about twenty years.