The First Bigger Thomas Record Released 21 years Ago This Month: WIN A COPY OF THE ORIGINAL VINYL 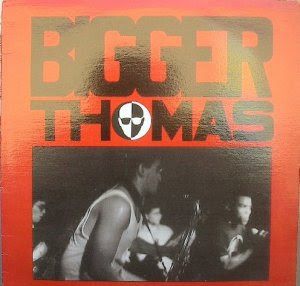 I was recently reminded by the good people at HPSKA that it was 21 years ago this month that my band Bigger Thomas celebrated the release of our eponymous album with a show at the iconic City Gardens in Trenton, NJ.  The kicker was that we played support for ska legends The Skatalites! (see the famous City Gardens punk card for the show-- March 1990 was a good month for shows at the club!). I remember that Lloyd Knibb and Lloyd Brevett chatted with us before the show and autographed an album cover for me. To celebrate, the band is making the re-issue version of our very first album available for download on Bandcamp.  I'm also going to give away an original vinyl copy of the album to one reader of the blog (more below on how to win a copy).

The road to the record release party with The Skatalites was not smooth sailing.  In fact, it was strewn with all sorts of obstacles and pitfalls (though we did eventually get there).  Originally known as Panic! we had built up a large and growing fan base. We had won a battle of the bands competition at the Green Parrot (a famous alternative music club located at the New Jersey shore) a year earlier. First prize was 40 hours of free studio time with an engineer.  We used the time to record, mix and master a 9-song album which we were anxious to get out as we were starting to develop some real momentum.  And just as we had finalized artwork for an album cover we received a letter in a thin white envelope from someone with the initials ESQ after their name. 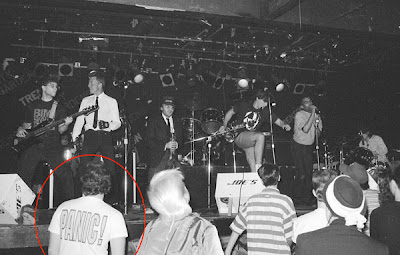 As it would turn out we were being threatened with a lawsuit by an attorney who represented a cover band from Virginia Beach, Virginia with the same name.  In no uncertain terms he made it clear we needed to change our name post haste or there would be trouble.  Everything came screeching to a halt.  And so we tried to come up with a new name.  If memory serves we played one or two shows as The Blackouts before we had a band meeting to come up with a new name.

I happened to be reading 'Native Son' by Richard Wright whose main character was named by Bigger Thomas.  The novel made a impact on me particularly during the late 80's and early 90's when New York City was undergoing some intense racial tension.  The news was dominated by the Bernhard Goetz subway vigilante shootings and then the Tawanna Brawley rape incident and then the Howard Beach attack and murder (have a listen to the track 'This Means You' from the album which was our lament about these incidents).  It seemed that any progress on racial equality was being pissed away.  And so I said 'We should call ourselves Bigger Thomas'.  Though it had been impossible to find a name all seven of us agreed on, all my band mates readily agreed on the name.  Our original guitarist Steve Parker who was a talented graphic artist painstakingly designed a new album cover by hand!   Voila! We were back in business!

Below are videos of the band (then known as Panic!) performing at City Gardens in September 1989 a few months before the record release party.

So if you have read this far (or just scrolled down) then you must be interested in winning a free copy of the original 1990 vinyl release.  With vinyl making a small comeback, this is a real collectors item as only a limited number of copies were originally pressed. I've heard of copies selling for as much as $25 on eBay and in some specialty record stores.

To enter the drawing send an e-mail to marcoonthebass@gmail.com or post a message via the Marco On The Bass Facebook page with the name of the record label we used to release the record (HINT: Its related to the band's original name).  I'll pick a lucky winner (who will have to cover the cost of postage which will vary for those living outside the U.S.) by March 31st.  Good luck!
Posted by Marco On The Bass at 8:15 PM

I know the answer! But you gave me a copy years ago so I'll stay out of this one. haha

Ha! Yes. You are definitely disqualified from this competition Mr Jelly!