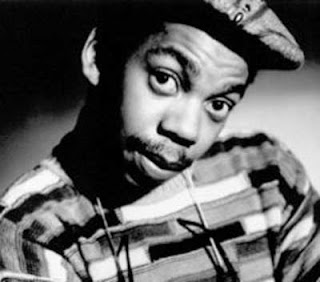 Very sad news out of the U.K. earlier this week about the death of Smiley Culture while in police custody. The singer and MC, whose real name was David Emmanuel, died earlier this week from a stab wound sustained as officers raided his house to make an arrest.  An internal police watchdog group inquiry is underway. Sadly the man who had a hit with a song about being pulled over by the police has somehow died in their custody.

As the first British-born MC to have two pop hits with  'Police Officer' and 'Cockney Translation', in 1984 and 1985, he helped carry the 2-Tone flame by further bringing the Black British experience into black and white homes all across the U.K. Following an appearance on Top of the Pops, doors opened for Smiley. In 1986, he made a cameo appearance alongside Sade and David Bowie in Julien Temple's film Absolute Beginners and he earned himself a TV contract to make a show called Club Mix On Channel 4. Such was his influence in British culture, that its been rumored he may have been the inspiration for the new BBC childrens show character Rastamouse.   Smiley Culture's obituary in The Guardian explained the significance and impact of his songs on British pop music and culture.


"One of the first British MCs – performers providing their own raps – to take rhymes about the British black experience into the charts, he came up with lyrics such as "Police officer no give me producer", a ­reference to the police form to be produced when attending the station. It became a playground catchphrase and turned him into a household name. His infectious and comical mix of London street talk, tales about his life and reggae-pop rhythms paved the way for much of the lingo-heavy music popular today, particularly the Streets, Roots Manuva and Dizzee Rascal."

There was another great piece in The Guardian titled 'Smiley Culture Made Us Proud To Be Black and British' written by Dotun Adebayo following news of Smiley Culture's death which explained how his songs helped make Black British people feel proud about their heritage and how the humor in his songs helped bridge the gap between Blacks and Whites.

While the inquiry into Smiley Culture's death is underway, there is much that needs to be explained about how a man in police custody allegedly 'stabbed himself'.   Lee Jasper a well known advocate for social justice in the U.K. and a leader in the Black British community has posted on his blog about the mysterious circumstances around Smiley Culture's death in police custody.  Its worth a read because it raises real important questions about police procedure (or lack of it) when conducting an investigation.

I discovered a great archive of music magazine articles written about Smiley when he first hit it big in the mid-80's. While we await the results of the police inquiry report, give a listen to Smiley Culture's two big hits.  May he rest in peace.

I remember Smiley Culture being on TV a lot in my youth. He was a great character. He appeared on The Tube, on ads for a building society and on Kid's shows too. He performs a version of a Miles Davies tune called "So What?" in the Julian Temple film Absolute Beginners. And he was the host of a late night channel 4 series that also featured Curtis Walker and Ishmael Thomas. It's sad he fell out of the spotlight as he had so much charm and talent. He was held in high regard by lots of other performers and inspired lots of MCs and rappers.