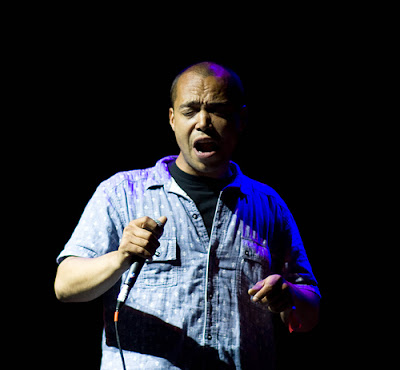 Whatever happened to Finley Quaye? It's a question that fans of this talented, but enigmatic artist have asked for several years. The Edinburgh born singer of Scottish and Ghanaian parents who won the 1997 Mobo Award for best reggae act and the 1998 BRIT Award for Best British Male Solo Artist for his sublime mix of reggae, soul and electronica on 'Maverick A Strike' has seemingly struggled to match the impact he made with his debut in the mid 1990's. Upon its release in 1997, he enjoyed critical acclaim for his take on modern reggae and for his effortless singing on songs like 'Ultra Stimulation' and 'Sunday Shining' and 'It's Great When We're Together' that brought comparisons to both Al Green and Bob Marley and which likely created unrealistic expectations among critics and fans alike.
The pressure and attention took its toll and Quaye began to make news for the wrong reasons – drink, drugs and rehab. Looking for a change, he moved from London to Berlin where he got his head straight, sorted out his act and plotted his return. Though he's had his share of personal ups and downs since, he has continued to release music and tour and remains a talent who should not be written off (read a review of a live show he played in Manchester in October and another from Ireland earlier this year). While he's had trouble crossing over from the U.K. to the U.S. market, he did cause a stir here with the song 'Dice' (a collaboration with William Orbit and Beth Orton) that featured prominently in the U.S. television series 'The O.C.' in 2004. 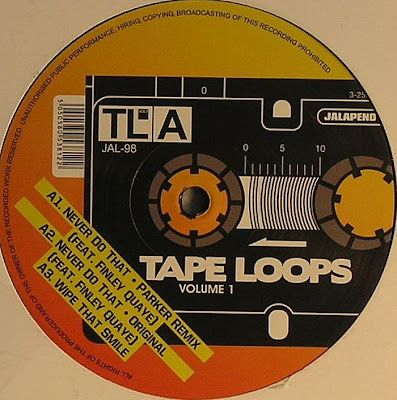 I am pleased to report that Quaye has recently re-embraced his penchant for reggae with a number of compelling releases. In 2009 he digitally released the excellent 4-track 'Pound For Pound' EP and its dub version 'Sound For Sound'. Earlier this year he hooked up with the house producers from Jalapeno Records, a U.K. dance music collective, who had him sing on a series of heavy bass driven classic reggae and dub tracks. Titled 'Tape Loops, Vol. 1' and 'Tape Loops, Vol. 2' for their use of analog tapes and tape loop samples, the songs are available on vinyl and mp3 and have been receiving positive reviews and airplay. Have a listen below to 'Street People' from 'Pound For Pound' and 'Never Do That' from Volume 1 and a remix of 'Milk & Honey' from Volume 2 that are featured on the Tape Loops collaborations. The songs suggest a return to form for Quaye who also has plans to record a new album.

Here is a link to listen to and purchase songs from 'Pound For Pound' on Amazon.com

Quaye has tour dates in the U.K. and Ireland in November and December including stops in Manchester, Dublin and London. More information on tickets is available here.
Posted by Marco On The Bass at 8:51 AM

Awesome news about Finley, soooooo looking forward to hearing new music from such a talented artist.

Very talented, beautiful and warm voice, feel-happy and funny songs, great music, all this seemingly effortlessly... why doesn't he get to be more reknown, played on radios, etc...
Also, I wish he would tour more (and don't forget to come here in France, Finley !), he's one of the rare ones I'd still love to buy a ticket for.
I admit : I love everything he makes, maybe because his music makes you feel like you are a good and happy person. It's a rare treat !
All this coming from a person who's very picky in terms of good music...
Thank you Finley for who you are, for your music ('can't wait to buy your last album "28th February Road"), please give up bad habits of life and use your great talent to share your happiness with us.
An enthusiastic fan who cannot really understand why we are not more numerous !