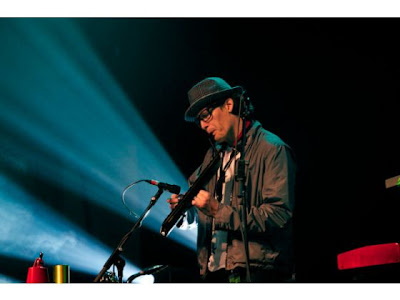 Sublime retain a very special place in the minds of ska and reggae music fans. Along with other American bands like No Doubt, Fishbone and Reel Big Fish, they radically changed the musical landscape of the 90's and beyond by bringing the sound of ska and reggae into the mainstream. But Sublime also stood apart from their ska brethren. Where the original breed of American ska and reggae bands had looked to the U.K. and 2-Tone for sonic and visual inspiration, Sublime embraced a completely California-centered alternative surf culture of bare chests, tattoos and partying. Their songs, which incorporated elements of dub reggae, first-wave and second-wave ska, punk rock, and dancehall reggae chronicled their misadventures and struggles. To that end it placed them squarely into the historical context of the reggae artists and 'Rude Boys' they worshipped and drew influence from.
When the band's singer Bradley Nowell died in 1996, Sublime broke-up replaced in time by a tribute band that made a tidy living playing the band's songs live for a generation of fans too young to have seen the original band. But Sublime has been resurrected. Drummer Bud Gaugh and bassist Eric Wilson reunited for an unannounced show in early 2009 with a 20-year-old singer and guitarist Rome Ramirez. The reactions from the show prompted the trio to continue working together until a legal snafu over the use of the band name, which was trademarked by Nowell's estate, forced the trio to alter their approach. Enter Sublime with Rome who have been touring and playing shows across the U.S. and U.K.
Much has been written about the return of the band and there has been a lot of scrutiny of Ramirez despite the fact that many of today's fans never saw the band live (you can read a few positive and negative reviews here, here and here). One person who has a truly unique perspective on the history of the band is Sublime's original saxophonist Todd Forman, who also happens to be a Harvard graduate and a family physician! He toured with the band during summer breaks from Harvard in the early 90;s and has continued to play music while practicing medicine. He's taken a leave of absence from his medical practice to tour with the band once again and has been profiled in an article in the band's hometown newspaper. The paper also posted a video interview with Forman which is below:

With the new band, Forman alternates between playing saxophone, melodica, keyboards and percussion to help recreate the layered sounds of the band's studio recordings. It's interesting to hear the trombone solo for the studio recording of 'Wrong Way' replayed by Forman live on a baritone sax. He's also managed to replace the entire horn section for the band's sole studio hit 'Date Rape.'

To hear an incredibly informative and interesting interview with Forman about the early days of Sublime, Nowell's death, and how he came to re-join Sublime with Rome watch the lengthy video interview below.

Sublime With Rome are currently touring. You can check tour dates on the band's Web site.
Posted by Marco On The Bass at 12:54 PM