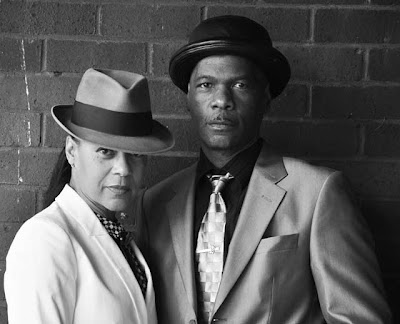 In all the frenzy around The Specials 30th anniversary reunion, their 2-Tone label mates The Selecter's 30th anniversary has mostly gone unheralded. Unfortunately some of this is a result of their own doing, as the original members of the band were unable to put their differences aside and come together to acknowledge their contribution to music history. Nevertheless, the band and its members deserve to receive recognition on the 30th anniversary of the release of their landmark 'Too Much Pressure' album in 1980. To celebrate this important milestone, Pauline Black's version of the band (featuring original co-vocalist Arthur 'Gaps' Hendrickson) will perform the 'Too Much Pressure' album with her new band, in its entirety at the Bloomsbury Ballroom in London on Saturday November 13th (read a preview of the show and short interview with Black in The Independent)
It may be hard to remember, but when 'Too Much Pressure' was originally released it took the U.K. by storm, hitting the Top Five and charting the singles 'On My Radio', 'Three Minute Hero' and 'Missing Words'. The band and its songs became synonymous with 2-Tone and went on to influence countless thousands of bands and musicians around the world who sought to emulate their look and sound (including No Doubt). Just as important as the music was the iconic album art design for 'Too Much Pressure' which was created by David Storey at Chrysalis Records and which set the tone for most of the art that defined 2-Tone's look and identity.
Like other 2-Tone releases, 'Too Much Pressure' is indebted to early Jamaican ska, specifically Duke Reid and Prince Buster productions, but it took 60's era ska and mixed and combined it with the energy of late seventies U.K. punk. In that way, it is one of the best examples of the coming together of Black and white U.K. music styles and culture. And it goes without saying that as a band with a majority of black members, The Selecter made an important social statement in a U.K. that was still struggling with accepting immigrants and the growing Black British community that was just starting to find its voice. 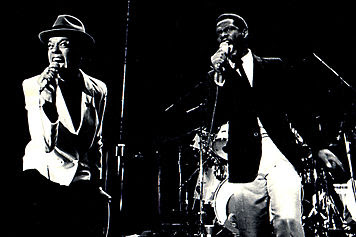 But what has always made 'Too Much Pressure' unique is lead vocalist Pauline Black (notwithstanding the songwriting talents of original guitarist Neol Davies). Black was born to belt out infectious, punk-inspired ska tunes and without her, The Selecter would have been a great band but not a fantastic band. It was Black's versatility as a performer (and her on stage interaction with co-vocalist Hendrickson) that she could sing a social statement like 'Danger' with fierce intensity and then bounce along playfully to 'On My Radio' which is one of the most infectious and memorable 2-Tone era songs ever recorded.
As a reminder of the band's incredible energy and talent, below are videos of a BBC radio session the band recorded for John Peel in September 1979 before the album was released, including 'Danger', 'Street Feeling', 'They Make Me Mad' and 'Carry Go Bring Home'

Tickets for the show can still be purchased online or at the box office, but call ahead as I suspect the show will sell-out. For those of you planning to attend the show who want to get into the spirit of the proceedings, their is a pre-gig party planned from 3 pm to 8 pm at The Ship Tavern in Holborn featuring 2 ska DJ's and lots of food and drink specials. The pub is just a 5 minute walk from The Bloomsbury Ballroom. For more information visit the Facebook page for the pre-party.
And if you are a reader of this blog and you plan to attend the show, please post any reviews or share and video you might shoot.