Members Of The Specials Back M.I.A. On 'Later Live With Jools Holland' 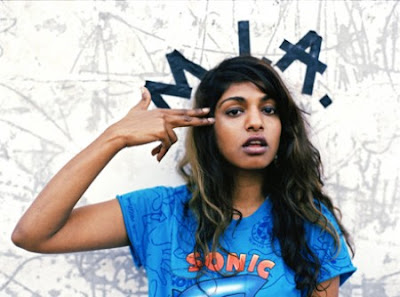 The music blogosphere is on fire today with news about The Specials. It turns out that on Wednesday night's episode of UK music program 'Later With Jools Holland', M.I.A. performed her cover of Spectral Display's 1982 electronica hit "It Takes a Muscle" along with members of the ska greats as part of her backing band. It's a smart pairing as it’s one of the more melodic tracks on M.I.A.'s new album 'Maya' and her reggae-flavored version of the track plays to the The Specials strengths. In my humble opinion, Specials drummer John Bradbury, bassist Horace Panter and keyboardist Nik Torp are the stars of the performance, as its clear that M.I.A. is more rapper than singer. Here's to hoping the band use this collaboration as inspiration when they go into the studio to record new songs. I'll say this -- The Specials rhythm section is set and ready to go!

I always said Brad was the best drummer on the 80s Ska scene, this is a classic example of his talents. It's a real shame he never got more credit, he really should have been an "in demand" sessionista up there with Sly Dunbar.