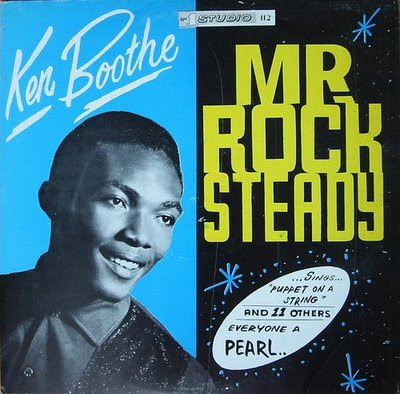 The line-up for the London International Ska Festival continues to delight and amaze! Today it was announced that the incomparable 'Mr Rocksteady' Ken Boothe has been added to bill for the 4-day festival that will take place at The Clapham Grand Theatre in London next April 21st-24th. Boothe is the first of several original Jamaican ska artists who has been announced and he joins a list of headliners that includes The English Beat featuring Dave Wakeling, James Hunter, The Ska Flames and The Dub Pistols.

Best known for his No.1 UK hit 'Everything I Own', Boothe started his musical career by winning a singing competition at the age of 8. His debut recording came in the ska-era when he teamed up with Winston 'Stranger' Cole in the duo Stranger And Ken, releasing classic cuts including 'World's Fair', 'Hush' and 'Artibella', before moving onto Clement Dodd’s Studio One label. A series of classic cuts followed including 'The Train Is Coming' (on which he was backed by Peter Tosh, Bunny Wailer & BB Seaton of The Gaylads) and 'Moving Away'. In 1967 he toured the UK for the first time with fellow rocksteady legend Alton Ellis. The tour was hugely successful, with Boothe being promoted as "Mr.Rock Steady". The title was also used for his debut album the following year, which contained the unlikely but huge selling rocksteady version of 'Puppet On A String'. In 1974 Boothe teamed up with producer Lloyd Charmers, a pairing that spawned his two biggest UK hits including 'Everything I Own' (Which topped the charts for 4 weeks) and the follow-up 'Crying Over You' which reached number 11.
Here is Boothe performing 'Everything I Own' from 1974:

With the addition of Boothe, the festival now boasts a truly International line-up that highlights among the best of all three generations and waves of ska as well as some of the best ska and reggae DJ's from around the World. Tickets are now on sale at www.londoninternationalskafestival.co.uk

That brings back memories of old! Great post, I included it in our Best of Blogs Los Angeles today, feel free to comment: