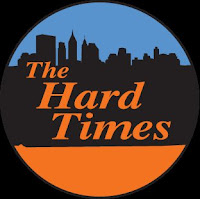 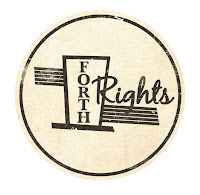 These are interesting times to be a fan of American ska music. During the late nineties and early 2000's, the more traditional sounds of ska, reggae, rocksteady and 2-Tone were overwhelmed by a surfeit of generic ska-punk bands who took the 'skank' rhythm and horn melodies of the genre while seemingly ignoring its essence and soul (brilliantly satirized by the Hub City Stompers with their cutting song 'Ska Train To Dorkville'). In contrast, there has been a growing movement of bands that are eschewing the sounds of ska-punk, instead combining 60's soul, ska and rocksteady into what can loosely be called 'dirty reggae'. In New York where I live, two bands -- The Hard Times and The Forthrights -- have emerged and are making waves by performing their own soulful and danceable versions of dirty reggae.
What is dirty reggae you ask? As Steve Shafer of the Duff Guide To Ska defines it: The dirty reggae sound is classic skinhead skank reggae mixing an equal love for Jamaican rhythms and American roots and rock sounds from 60s surf and soul to 70s funk and grit. The popularity of the sound in the U.S. can be attributed to the ongoing efforts of established American bands like The Slackers, The Aggrolites (who coined the term as title of one of their albums), Hep Cat and others who have stuck to their guns by playing songs that honor the traditional Trojan Records, Treasure Isle and Studio One sounds of Jamaica as a foundation but also incorporate soul, jazz, funk and 60's root rock influences into the mix. Their steadfastness seems to be influencing a whole new generation of younger bands and musicians including The Green Room Rockers and The Drastics who have also embraced the sound.
The Hard Times were founded in 2009 by drummer Bob Timm, and feature a winning lineup of old and new faces from the NYC ska scene. Timm is a veteran of the 90s NYC ska scene (The DeFactos, Orange Street) and blazed a trail as a writer/musician (that I have followed) by covering ska music for About.com from 1997 to 2005. The band favor Upsetters-inspired rhythms that merge early reggae and soul with organ and guitar to create incredibly danceable skinhead reggae-like instrumentals with splashes of samba and salsa. The band has quickly earned a reputation as an in demand backing band supporting ex-Toasters/Pilfers front man Coolie Ranx and The Slackers' singer Vic Ruggiero and are quickly becoming a draw wherever they play around the New York City-area. Having aligned themselves with The Slackers, they seem poised to tap into that band's fervent following while also playing shows with a diverse variety of bands around the New York ska scene. Check out video below of the band playing 'Forward March' and backing Vic Ruggiero on a proto-Slackers tune called 'Tarantula'.

The Forthrights are a 4-piece of early 20-somethings who have quickly become a force to be reckoned with on the American ska scene. They seem committed to making music a career having embarked on a number of long tours (supporting Vic Ruggiero and Chris Murray) around the U.S. where they have built up their live chops and a growing national fan base. The band has wisely worked with both King Django and members of The Slackers in the studio and have clearly soaked up the lessons these talented musicians and producers have shared with them. As such their initial output of vintage soul-inspired rocksteady is truly outstanding showing signs of song writing maturity that put some older and more established bands to shame (have a look/listen below to 'Other People' which they recorded with King Django and of the band backing Vic Ruggiero on 'Policeman'). I have very high hopes for them and expect they will very quickly establish themselves as one of the leading American purveyors of ska and reggae music.

Both The Hard Times and The Forthrights have brand new material out now. The Hard Times have just released a 3-song EP titled 'Two Bucks for Bob' which was mixed by Jayson Nugent, guitarist of The Slackers and is available as a digital download for just $3 from Whatevski Records based in Brooklyn, NY, and best know as the channel for The Slackers' live show CDs and side projects. Versions of all three songs can be streamed on the Whatevski Records Web site.
The Forthrights are part of the Ska Is Dead' 7" project, which is a joint effort from Asbestos Records, Underground Communique Records, and Skaisdead.com. to issue a series of 6 split 7” vinyl singles. Available by subscription only, the series features established, and up and coming acts including Reel Big Fish, Mustard Plug, Big D & the Kids Table, The Slackers and others. The band is also putting the finishing touches on their debut album due out in early 2011. More information is available at The Forthrights Facebook page.

Wow. I barely ever give any contemporary bands a listen (since I'm so busy being stuck in the past), but The Forthrights have got it goin' on. Short, simple and sweet. Thanks for sharing.