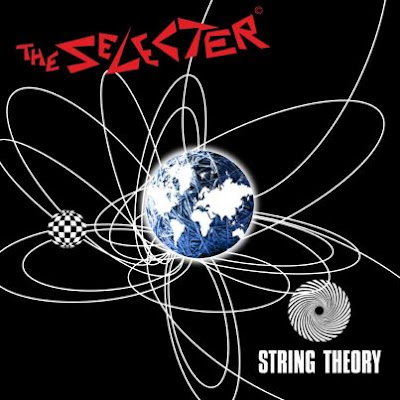 It's been 2 years since 2-Tone legends The Selecter, led by original vocalists Pauline Black and Gaps Hendrickson, reunited to celebrate the 30th anniversary of their best-selling debut album Too Much Pressure.  During that time, Black (who secured the trademark to the band name in June 2011, while original guitarist Neol Davies and his band also perform the band's music under his name "Neol Davies AKA The Selecter") and Hendrickson have been very busy. They've toured the U.K., Europe and Australia with their band and released an album Made In Britain in 2011 that explored and trumpeted multiculturalism and included a striking cover of the Amy Winehouse classic Back To Black. Black also wrote and published her autobiography Black By Design in 2012 to much acclaim.

Historically, what always set The Selecter apart from other 2-Tone bands, was the pairing of Davies songs and guitar playing and Black's voice, stage energy and unique rude-girl style. Though Black and Hendrickson continue to anchor the bands' vocals, providing continuity to their storied 2-Tone past, on their new 10 track album, String Theory out later this month on Vocaphone Records (available on iTunes, Amazon and CDBaby), they have smartly surrounded themselves with a tight and talented group of musicians who honor the band's iconic 2-Tone sound.  Black and Hendrickson have used that musical foundation to write and record ten modern ska songs that are rooted in the band's legacy but that explore a new spin on 2-Tone's original ideals. Stream the album on the band's web site here.

Following in the tradition of The Selecter’s famed version of James Bond,  the band kick off String Theory with a 2-Tone version of The Avengers, over which Hendrickson re-tells the story of the much loved 60's TV anthem.  Then the album gets down to serious business. The opening chorus and hook of slow reggae burner Prince Among Men, make it clear that The Selecter are on a musical and political mission, as they pay respects to leaders who have worked to give a  voice to the dispossessed: "If a man has to die, make it for a good reason, not to cover up a lie, history is the killing season."  I was also especially struck by Flatworld, which sounds like a long-lost track from the band's underrated second album, Celebrate The Bullet.  It features a fresh, new wave meets reggae sound that laments how we both are connected and alienated from each other as we stare at our flat screens, Black croons "Cest La Vie/La Vie/La Vie."

While I could be wrong, I gather Doors Ever Open, ostensibly about a bad romantic break-up, may actually be about the band's split with Davies, as Black sings: ‘The candle lost its spark/Left me in the dark/Sitting in this draught/The doors ever open’.  The band explore ska/psychedelia on Postmodern with a knowing nod to The Specials "Stereotype" taking aim at an unnamed conservative (perhaps the current British PM?) who say what is politically expedient but who hold tight to their old, outdated belief systems that prevent progress.

While Davies will always remain the band's musical touchstone, guitarist Anthony Harty (who was recruited at the age of 16 by Paul Weller to join the original version of the Style Council in 1984 and later toured with Special Beat, Sting, Squeeze and recorded with Lee 'Scratch' Perry) shows some serious chops of his own throughout the album. Just check out his guitar flourishes on the 60's styled big band ska song Secret Love, the orchestral High Hair (a moving song about a woman's mid-life crisis) and particularly on the muscular and memorable London's Burning,  about the 2011 riots, and another song that harks back to the band's earlier lament Bristol and Miami about riots that decimated both those cities in the early 80's.

The album ends on an especially high note, with the single worthy 667 (Neighbour Of The Beast), which may be the best song on the album, and an instant classic.  It is an emotional, ska/soca duet between Black and Hendrickson about disappointment and regret, during which Black explains the universal meaning of the album title.  All in all, its a powerful end to a great collection of songs.

Many of the new songs beg to be played live and hopefully they will get a proper outing on the band's U.K. tour in March and U.S. tour in April that includes two performances at the Coachella Valley Music and Arts Festival On April 13th and April 20th.

I highly recommend String Theory.  Its a testament to the power and ethos of 2-Tone music to make us dance and think at the same time.

I've been listening to this record a lot lately and I love it! The production is great! And I just got a knock on the door of my apartment from my neighbor while I was playing along to Flatworld on my bass, LOL!

I've been listening to this record a lot lately and I love it! The production is great! And I just got a knock on the door of my apartment from my neighbor while I was playing along to Flatworld on my bass, LOL!